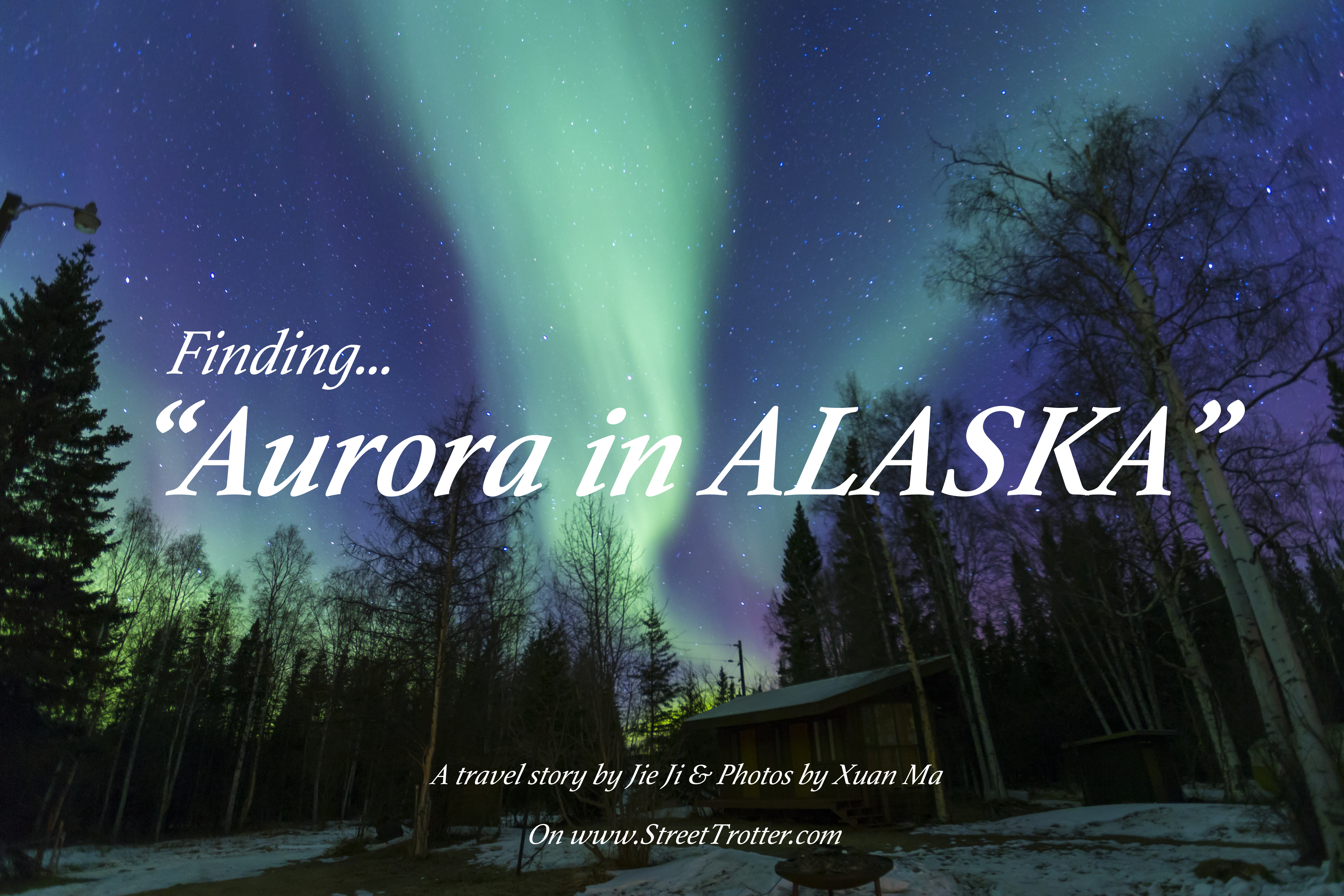 While the rest of the United States gets prepared for the coming spring, fearsome winds and temperatures hitting ‘twenty degrees celsius’ below zero are still lingering here, a place in the true north, Alaska. About one-third of Alaska lies within the Arctic Circle. The destination provides opportunities of unique tourism and exploration, like Arctic sightseeing and the once in a lifetime, Aurora Borealis (Northern lights) watching.

Northern Alaska Tour Company is the only agency to provide tours and services inside the Circle. On Tuesday, 8th March, 14 tourists were grouped for a trip heading all the way up to Coldfoot, where the company runs a camp of 52 rooms in the Arctic Circle.

Fairbanks, the northernmost metropolitan area in the United States located less than 120 miles south of the Arctic Circle, was the beginning of the 10-hour bus trip. From here, tourists went along the main road into the Circle, Dalton Highway, one of the most isolated roads in the United States. Thanks to the thriving oil drilling development, it was built along the Trans-Alaska pipeline system connecting 12 pump stations.

From North Fairbanks to Coldfoot camp, the view alongside the way displayed a great example of latitude biome distribution. Up to north, the road wound its way through dense pine forests, bald spruce woods, short dark bushes, shrubs, meadows, and tundra. Beyond the tree line, the land was all covered by fluffy and thick snow with little plants coming to life.

After a seven-hour driving, the bus made a stop at the Arctic Circle line. A wooden sign is set up over a tiny slope, showing the map of the Arctic Circle. Tourists received a “crossing the circle” certificate signed by the tour company. Each of them took selfies with the sign behind and the paper in hand. The temperature dropped apparently, and the stronger wind blew up snow on the ground. Snow gloves and thick scarves were taken out at this point.

At dusk, the bus finally reached the Coldfoot camp. The camp that accommodated the whole tourist group was originally served as a lounge for the truck drivers who drove back and forth along the road.

Half of the group soon went on an aurora viewing tour at night. A van took them to Wiseman, an ideal spot on the farther north mountain, far away from any artificial lights. As it was getting dark, the aurora gradually appeared, though it was dim and still dominated by the bright stars. The aurora in bud looked like pearl white, and slowly grew stronger concentrating its power to blossom, showing its true colors.

Later, it became like slightly-glowing bands of light, still static and stationary. As the lights built in intensity, the darkened color turned to green while the lights started to move and transform. When the activity grew to a greater level, they split into ribbons, floating around. Just in minutes, the ribbons gathered like crimson silk curtains hung vertically in the sky. The lights danced like curtains swinging in a light wind.

At the sight of this magical lights show, the group exchanged excitement with each other through a cheerful vibe of screaming and laughing. They shouted, waved hands and pointed fingers up to the sky. Frigidness forced everyone to surround a bonfire, but did not scare them away.

About 20-30 minutes later, the lights began to fade. The curtains turned to torn up cotton, with the brightness decreasing slowly. The lights finally spread evenly over the sky, as if a greenish mist hung in the air. Tourists gradually calmed down, smiled at each other, and started to discuss their feelings joyfully. The experienced guide said there might be another aurora burst two hours later, but the most tourists were satisfied with what they had seen, and decided to get back. It was 1 am. The small wooden cabin on the mountain resumed its serenity.

About the Aurora: Aurora Borealis is a Latin term, meaning the goddess of dawn in the North, commonly understood as another name “Northern Lights”. It is caused by the interaction of solar wind and the edge of Earth’s magnetic field. The ion particles emitted by the sun collide with different type of gases, and thus different colors are presented.

Best time to visit: According to an Alaska’s travel site Alaska.org, September until about April 20 is the right time for aurora seeing when there is the most darkness. Early spring could be a very nice choice because of the clear skies and the generally mild weather. And the most ideal destination is Fairbanks as it is geographically under the “aurora oval,” an oval area where auroras are seen most frequently. Also, it is where the trip going to the Arctic Circle starts.

While the aurora is unpredictable, there is forecast provided by University of Alaska Fairbanks. The institute rates the auroral activity in a scale of zero to nine. For example, a three means “moderate” and a four means “active”.

Expenses: Yet it is not cheap to realize the dream of seeing auroras. The round trip flight from East Coast to Fairbanks costs at least $600, and the two-day arctic aurora seeing tour is nearly $900. There is also necessary spending on warm clothes and car rental.

Connectivity: Another fact is that any communication services other than the satellite communication could not work inside the Arctic Circle due to the strength of magnetic field. Losing connection might sound anxious, but also makes the trip a “getaway trip” indeed.

About the Author: Jie Ji, is a journalism graduate student at the Boston University. Asking and writing is her way to interact with the world. She loves reading, traveling and finding beauty in life.

I once lost an opportunity for a job that I though