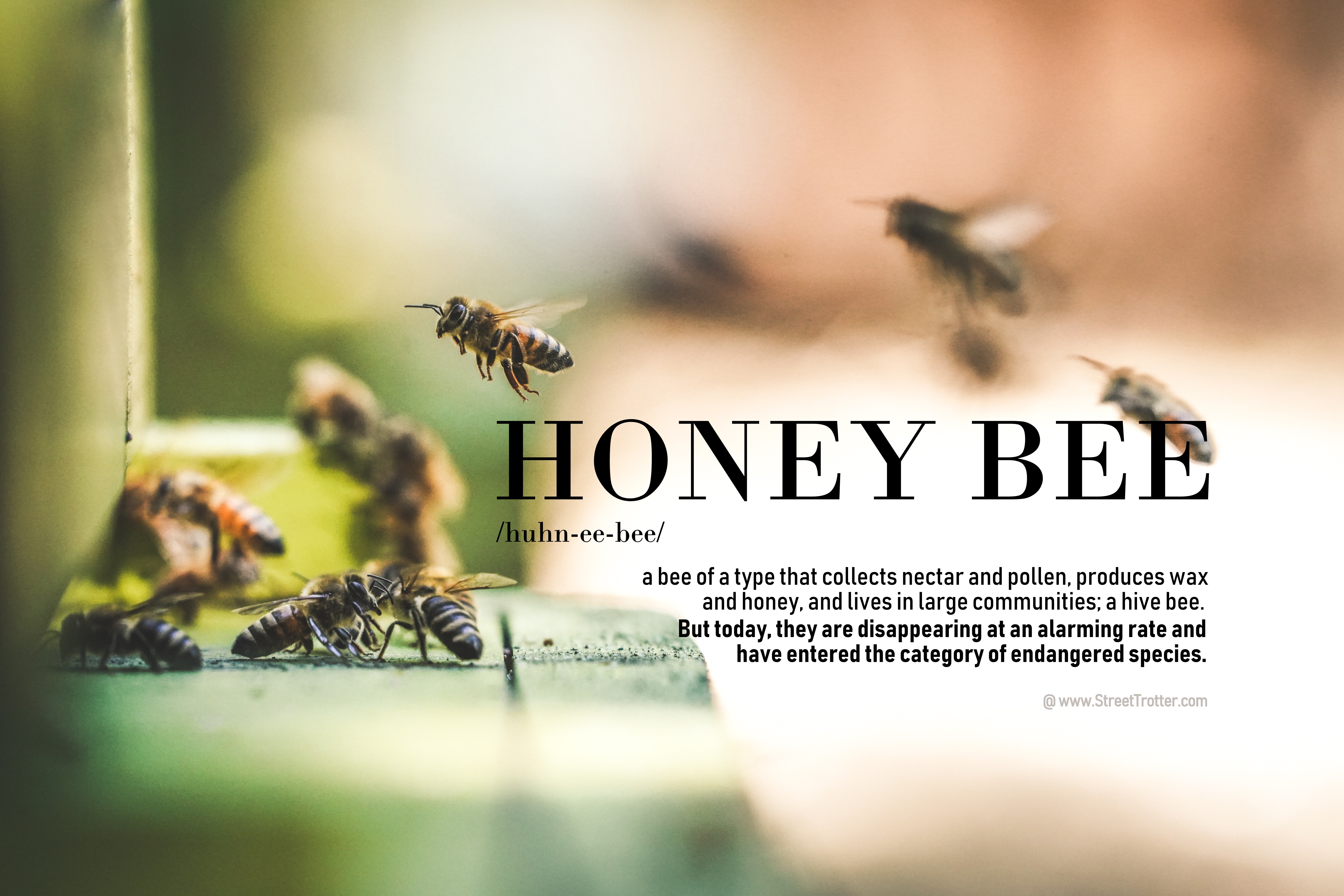 Honey Bees have been a source of honey, wax and trade for human beings from times immemorial. They are an extremely social and cooperative species of insects that are also our key pollinators. The last one decade has however been challenging for the bees. They are disappearing at an alarming rate and have entered the category of endangered species.  Here is everything there is to know about the bee apocalypse and how we can stop it.

WHY SHOULD WE CARE?

Domesticated honeybees are responsible for 70 percent of global crop production. One Third of our food crops depend on bees which amounts to 168 billion U.S. dollars per year. They pollinate a hundred of our key food crops including apples, nuts, berries, beans, onions and almonds. Thus disappearing honey bees would not only lead us to losing some of our favorite food crops but also cause huge economic losses. It can start a chain reaction of imbalance and abnormalities in the ecosystem which could be fatal for multiple species of flora and fauna.

WHAT IS COLONY COLLAPSE DISORDER?

Bees live in very organised colonies that sustain themselves by dividing labor. According to National Geographic, Colony Collapse Disorder occurs when a majority of worker bees in a colony (hive) disappear leaving behind the queen bee and the baby bees who eventually die because of lack of food and protection provided by the worker bees.

A large number of bee colonies started collapsing in Europe, Asia and the United States since 2013. In parts of China the bee has disappeared completely and pollination is carried out artificially which is both labor intensive and expensive. 66% of bee species in Holland are endangered. Between 2017 and 2018 Central Maryland lost 80 to 90 % of its bees.

SO WHY ARE BEES DYING?

The act of pollination and sustaining bee colonies is energetically demanding and requires cognitive skills. The bee has to fly through long distances to collect pollen and nectar and come back to the hive. This requires finely tuned senses, spatial awareness, learning and memory. Factors that hamper these skills can affect the bee’s capacity to their job and return to the hive safely.

These factors are called “sublethal stressors” – factors that are not the direct cause of the bee’s death but hamper their behavior making them more susceptible to dying. Even though the exact cause of the Colony Collapse Disorder continues to be a million dollar question for scientists, multiple sublethal stressors have been identified by researchers for this unforeseen epidemic:

Large Scale Urbanization has destroyed natural greenery that attracted bees and butterflies to pollinate. Replacing local vegetation with buildings and then replanting vegetation that is not indigenous to an area stops bees from coming back to their original rearing grounds.

Every specie of bees pollinates some specific species of plants. When one interferes with the natural flora of a certain area, one also tempers the co-dependence between the flora and fauna of that area, thus creating an imbalance which becomes a threat to these species.

According to national geographic, Bees are more resistant to infections and diseases in pollen rich habitats. Human interference with this natural arrangement is one of the major reasons behind bees dying.

Pesticides and Insecticides, when used in moderation are believed to be good for crops. However, the use of these chemical substances has proved to be hazardous for the bee. Spraying insecticides and herbicides in hives to ward off mites creates a “toxic soup” of chemicals, chronic exposure to which affects the capacity of the bee to both breed and resist diseases.

Pesticides have also proved to induce change in behavioral patterns in bees. Worker bees exposed to these chemicals often forget their way back to their hives. This kind of exposure has also caused an incapacity to defend the hive against mites, wasps and parasites.  All of this combines to lead to whole colonies collapsing.

The use of a specific category of pesticides called Neonicotinoids was completely banned in Europe in an effort to save the honey bee. According to bee expert, Dennis van Engelsdorp of University of Maryland, “Neonicotinoids attack the immunity of the bee (He likens it to AIDS in human beings) and makes it more vulnerable to attacks from parasites like the Varroa mites which has been identified as a major cause of the declining bee population. The larger the presence of this parasite in a hive, the more quickly it disintegrates.”

Now is a good time to start caring about the impending wipe out of not just bees but multiple co-dependent species of our ecosystem. It is only a matter of time before we start facing the consequences of epidemics like this ourselves. Coming up next is another story of “how we can deal with a crisis” like this and make this world a better place for us as well as the organisms we share this planet with. Stay tuned!

** Sneaker head alert ** This post is a super cool