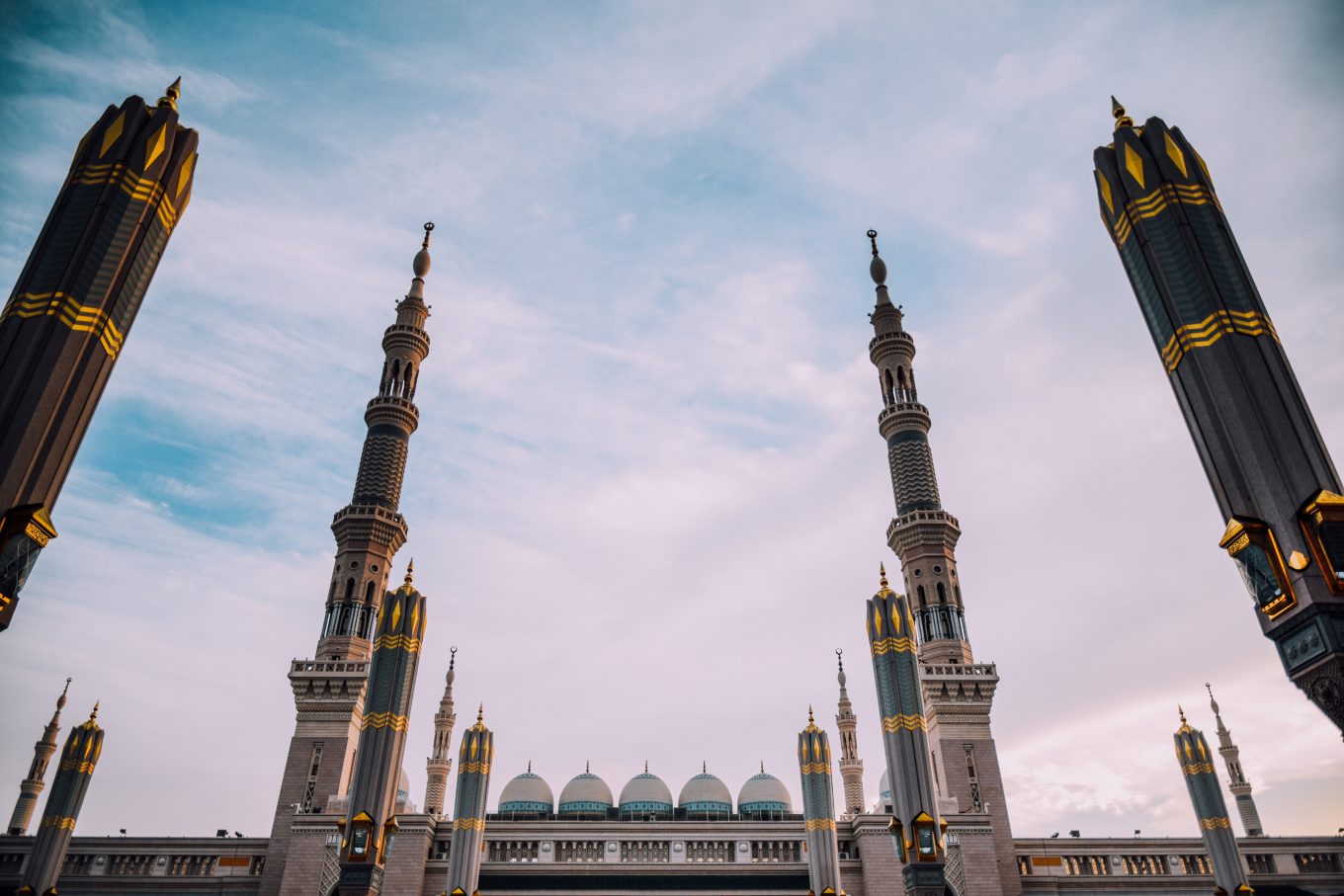 In a recent list by Forbes on the 20 people to watch out for in 2020, the Saudi Arabian Crown Prince, Mohammed bin Salman, was rooted for his signature reforms, including the fact that Saudi Arabia has now opened its gates to tourism.

Saudi Arabia, has been recognized as an ultra-conservative Muslim kingdom, as for decades foreigners traveling to Saudi Arabia have been largely restricted to resident workers, their dependents, business travelers, and Muslim pilgrims who are given special visas to visit the holy cities of Mecca and Medina. However, the Crown Prince now has announced his ambitious plans to develop new industries in the kingdom – tourism being one of the top priorities.

A new visa regime for 49 countries was launched in late 2019, which allow multiple entries and stays of up to 3 months, with a one year validity. As per recent local reports from the city of Riyadh, a top destination to visit in Saudi Arabia, in 2020, there is a “200 percent increase in the number of tourists”. A latest decision also allows US, UK or Schengen visa holders to obtain a visa on arrival in the Kingdom starting in 2020.

Intrigued with this new destination to explore, here is all you need to know about Saudi Arabia tourism to add it to your bucket list:

Saudi Arabia is one of the most conservative Islamic countries in the Middle East when it comes to women’s rights. Since the very beginning, women in the country are required to seek the permission of a male guardian typically a father, brother, uncle or husband, to make any major decisions concerning their personal life as well. This includes rules like women still cannot marry, leave prison or leave a domestic violence shelter without the consent of their male guardian. 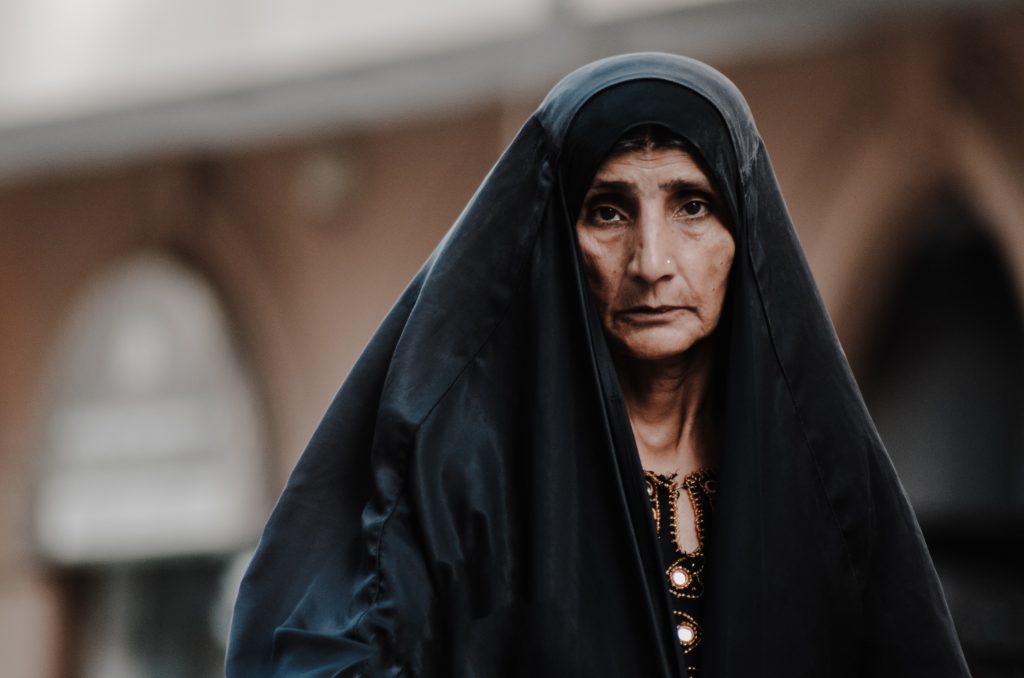 But following a landmark decision in 2017, restrictions on females traveling alone have been removed. Women can now can be granted passports and travel abroad without the consent of their male guardians. They are also granted the right to drive, a huge new freedom for women in the country.

What is particularly welcoming for tourists is the fact that female travelers won’t need to wear the once-mandatory abaya (a head-to-toe covering cloak) while roaming the streets. However, tourists are still required by law to wear “modest clothing”, even while they visit the beach. As for men, they are advised not to wear shorts, and not to go out without a shirt in public.

There is a lot of see in Riyadh:

Known as the capital of Saudi Arabia, Riyadh, is much more than just a business destination. During the day, one can visit the Al Masmak, a castle made of clay and mud-brick that once played a significant role in the Kingdom’s history.

At night, one can head to a 56-meter sky bridge located on the 99th floor of Kingdom Tower, the third tallest skyscraper in Riyadh, to get a shimmering panoramic view of the city. There are many posh فنادق الرياض (Riyadh hotels) to choose a luxury stay from. 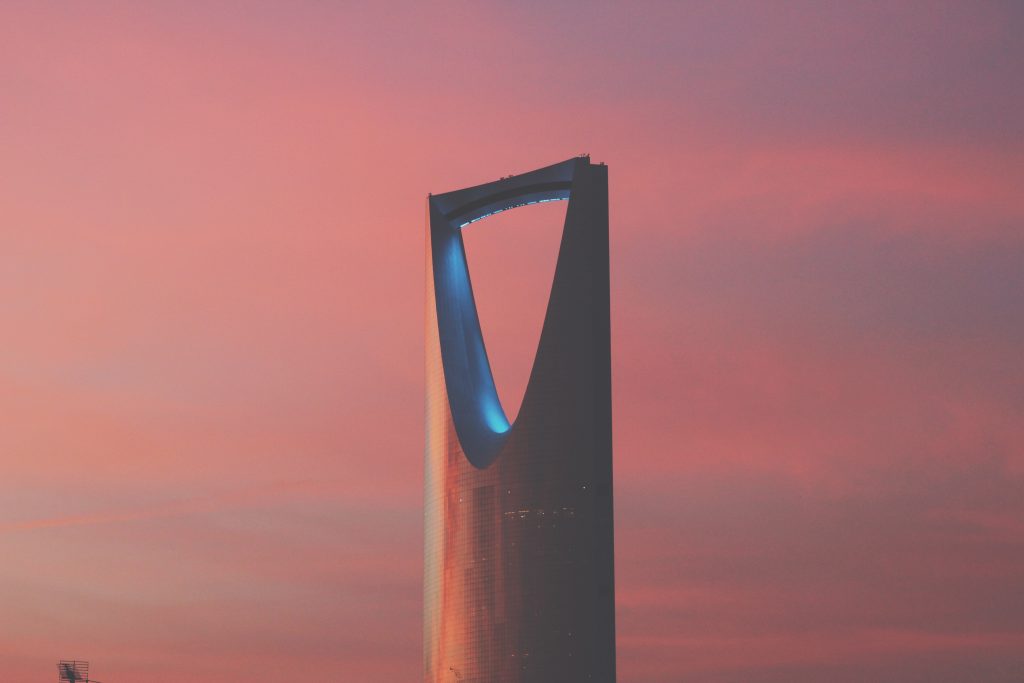 If you are the adventurous type, situated at a 20 minute ride from central Riyadh are the Red Sand Dunes. They are large windswept dunes surrounded by mountains, an increasingly popular place with residents, who visit on the weekends for dune-bashing and quad biking activities. A trip to and from the city can be easily booked, on a popular flight called نسما للطيران (Nesma Airlines).

90 kms from Riyadh, is an iconic trekking spot for expats, known as the “Edge of the world”. It is an unexpected and dramatic geological wonder in the rocky desert northwest of Riyadh, and the site earned its nickname because from atop the escarpment, you have an uninterrupted view of the horizon. There are several hiking trails on and around the cliffs.

You can visit the largest Oasis in the world:

The largest self-contained oasis in the world is the Al-Ahsa Oasis, which is located in Saudi Arabia. Simply defined as ‘a fertile spot in a desert, where water is found’, there are more than 2.5 million palm trees in the Al-Ahsa oasis, which is fed from a huge underground aquifer that allows agriculture all year round in a region that is otherwise sand desert. It is irrigated by the flow of more than 280 artesian springs. There are buses, trains and a flight available to travel to the oasis from Riyadh.

Consuming any sorts of drugs or alcohol is considered a taboo in the country, with strict bans and serious consequences. Both locals and tourists are not allowed to consume alcohol even in the hotels, and neither will you find it on the menu.

Sadly, LGBTQ rights in SAU are observed to be the most limited in the rights record across the world. LGBTQ communities face legal challenges if come out in the open, and home-sexuality, cross-dressing and being transgender is a punishable offense leading to fines, imprisonment, capital punishments or public whipping. 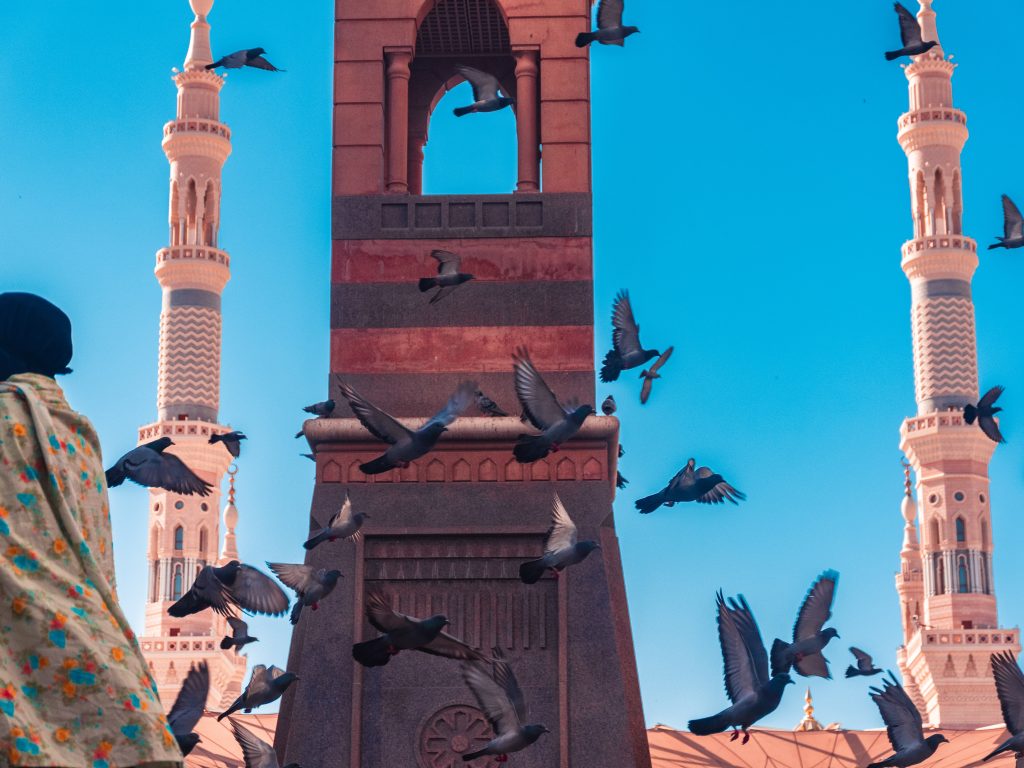 This also means that as a tourist too, you have to maintain modest behavior, and remember that any sort of public display of affection, even of holding hands, can land you in prison.

See the Gate to Mecca, in the city of Jeddah:

Jeddah is a thriving port city on the Red Sea since the post Islamic times, and is recognized as a cultural hub where pretty much every race of the Red Sea is represented. It has many markets, souks and museums to visit to understand the rich history and mix of cultures that all melt into one here. Close to Jeddah are endless beaches on the Red Sea, many of them still untouched, offering top diving experiences to experience an encounter with sharks, barracudas, rays, turtles, morays and a plethora of colorful reef fish. 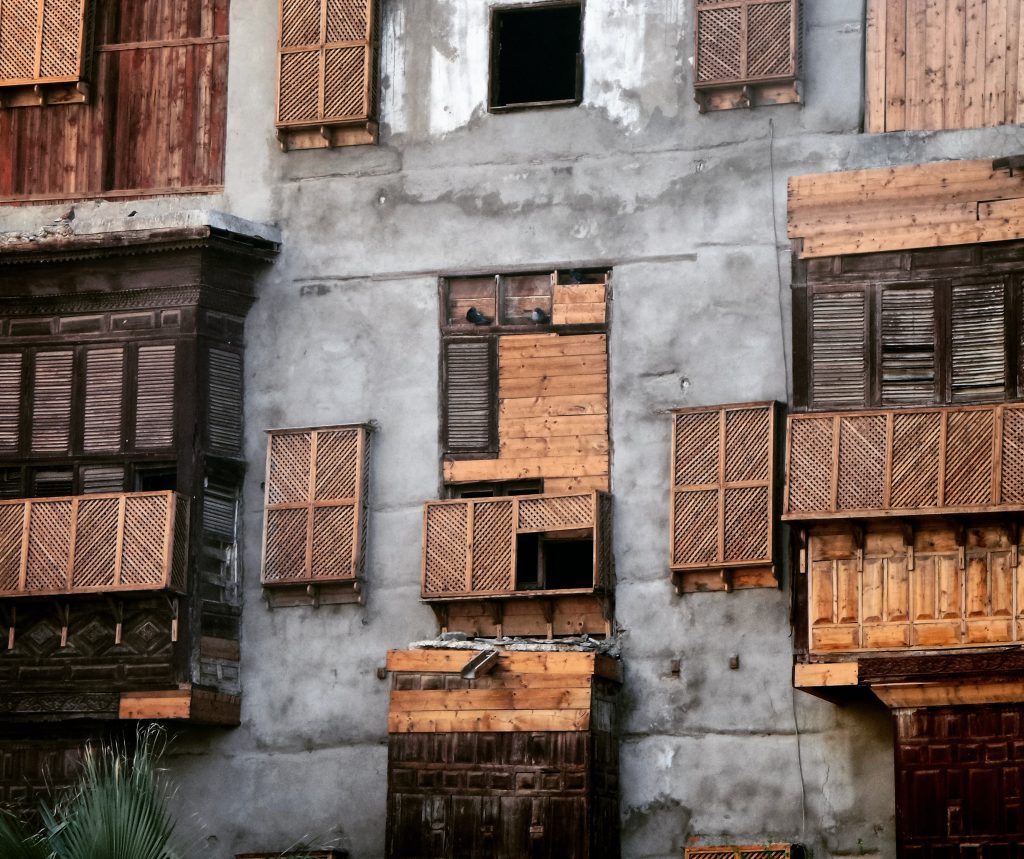 Al Balad, the UNESCO-listed neighborhood of Old Jeddah, is a must visit, also called “the gate to Mecca“. Since the early Islamic caliphates, Al Balad has played host to millions of pilgrims who travelled across the Indian Ocean on the way to the holy city of Mecca. One can visit the Bab Mecca, a historic gate that has become a popular tourist attraction. 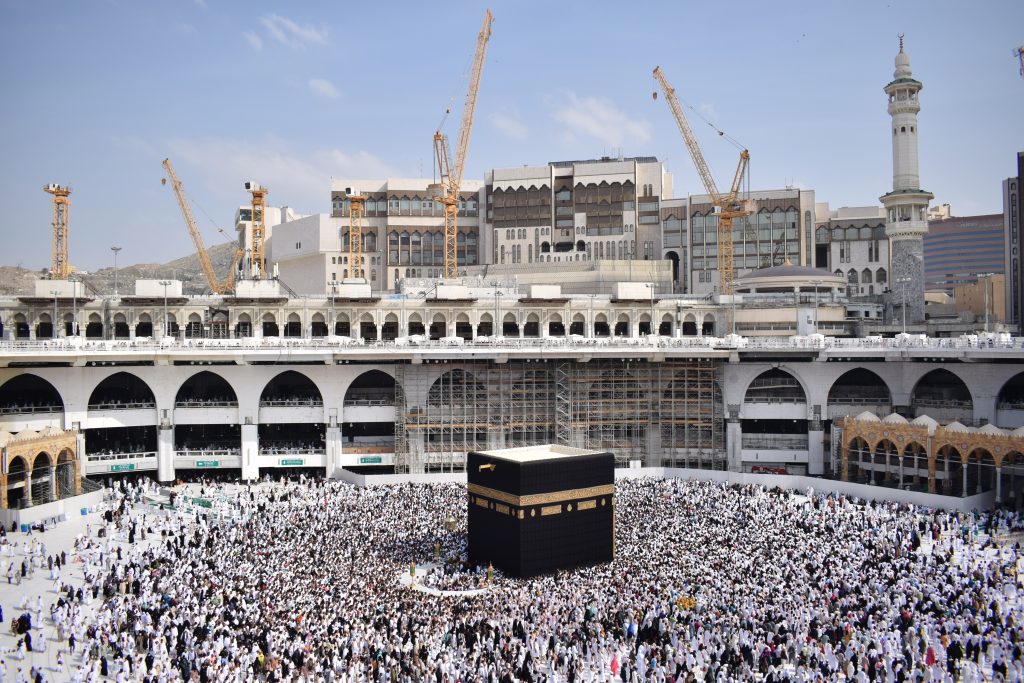