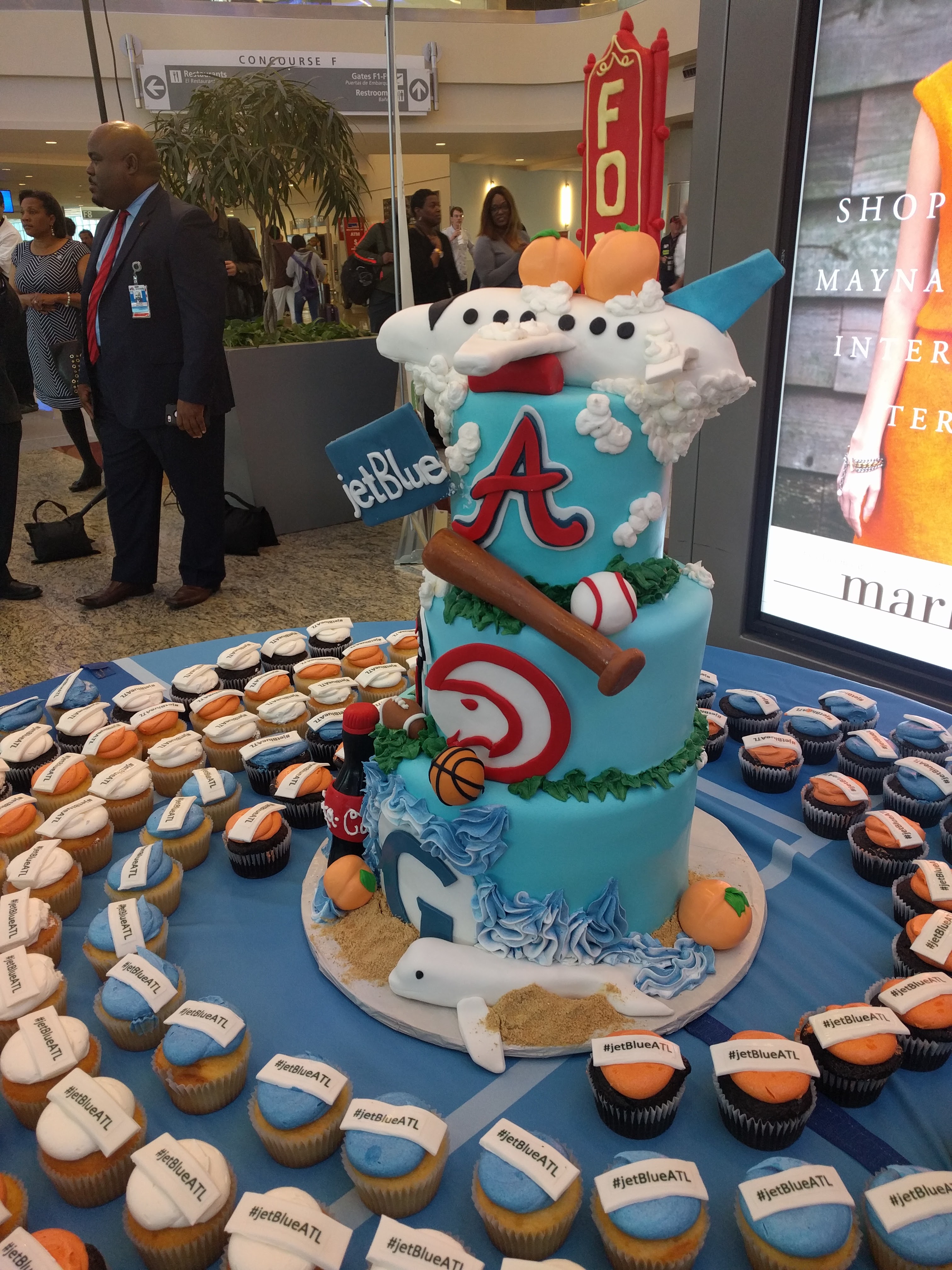 JetBlue recently added a new destination in its kitty, by starting a nonstop service on the highly requested Boston-Atlanta route. Becoming its 63rd nonstop destination after a 13 year hiatus, JetBlue is now operational between Boston and Atlanta with five flights a day, operated on JetBlue’s Airbus A320 aircraft.

“With this new route from JetBlue, Boston’s business and leisure travelers can now connect to the South’s largest metropolitan area and a state that boasts a myriad of travel opportunities from the mountains to the coast,” said Kevin Langston, Deputy Commissioner of Tourism at the Georgia Department of Economic Development.

Atlanta has been a famous business travel destination over the past few years, with a lot more on offer for every kind of visitor – including attractions like the Georgia Aquarium, the Carter Center and Presidential Library, the Atlanta Botanical Garden, Zoo Atlanta and numerous historic sites. “It’s a new day for Atlanta travelers who, for too long, have faced high fares and limited choices,” said Dave Clark, vice president sales and revenue management, JetBlue.

Team StreetTrotter was onboard their inaugural flight on March 30th 2017, offering you a sneak peak of what the big event looked and felt like… 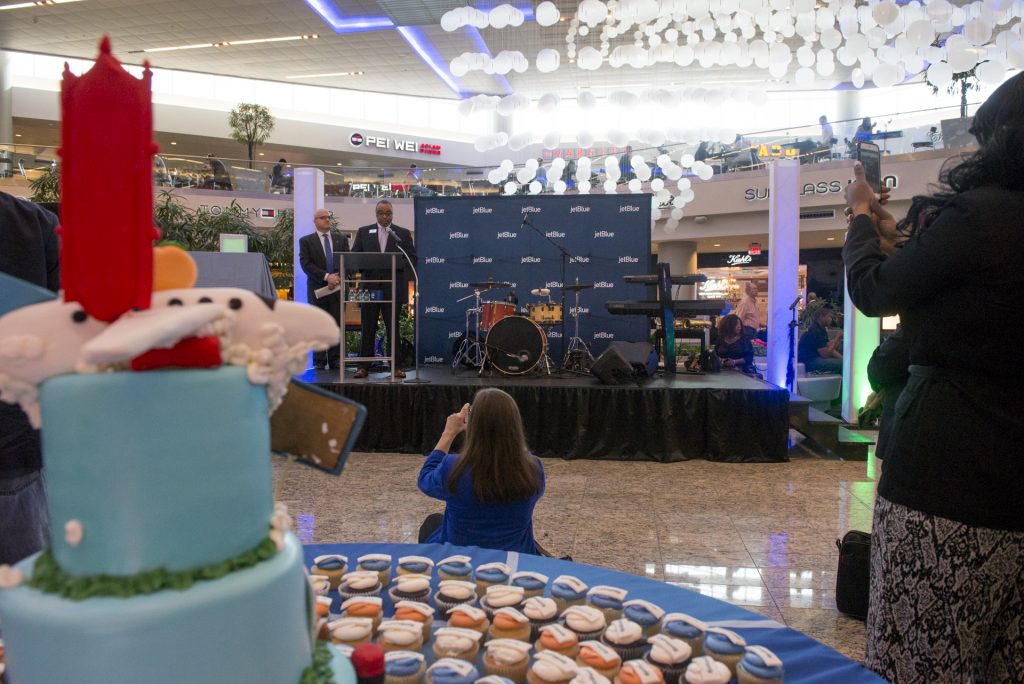 As is now customary for JetBlue launches, customers were greeted at Logan Airport with blue and orange balloons and breakfast at the gate. We also got a sugar cookie with icing commemorating the launch.

On board the flight we played bingo – a lucky draw with giveaways for travelers, including meal coupons at restaurants in Atlanta’s Buckhead neighborhood and free JetBlue miles.

At Hartsfield-Jackson, ranked the world’s busiest airport since 1998, goodie bags (including a customized bottle of Coca-Cola,) live music and a warm reception awaited us. We enjoyed the Southern spread of chili dogs and shrimp and grits served alongside Danishes and croissants before heading out into the city with three skylines. 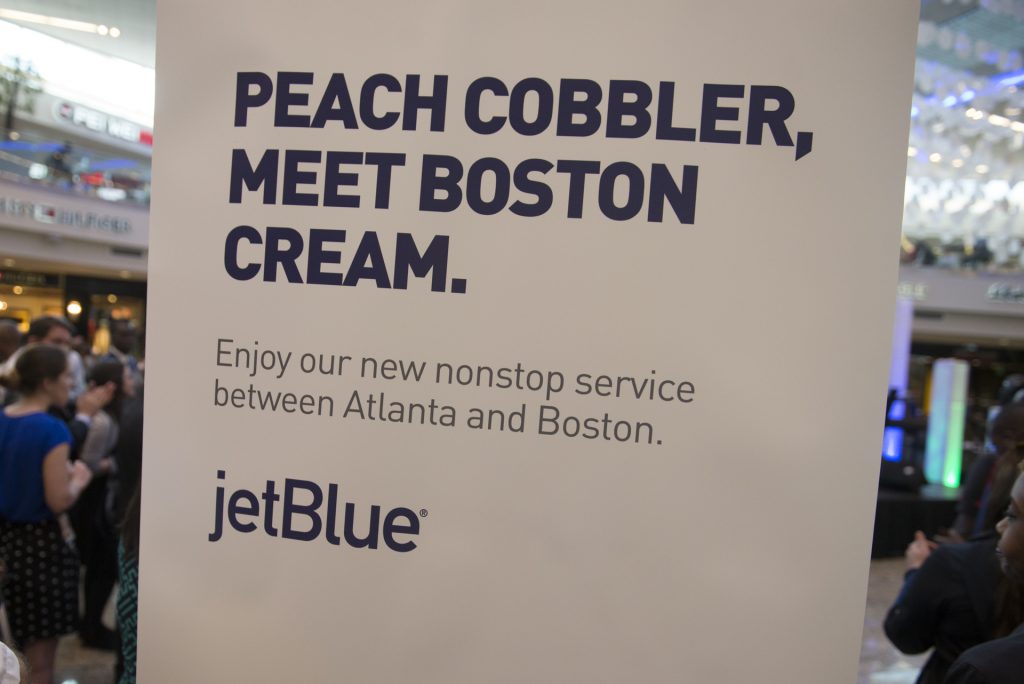 While we had a great time on-board, we also took out time to tour Atlanta further over the weekend. Lookout for our list of things to do in the city the next time you’re visiting!

About the Author/Photographer: Nikita Sampath is an award-winning multimedia journalist who grew up speaking four languages in India. Her tells stories of everyday people living on the sidelines. She loves food, travel and culture. She has a personal blog, a reporting blog and likes to be followed on Instagram