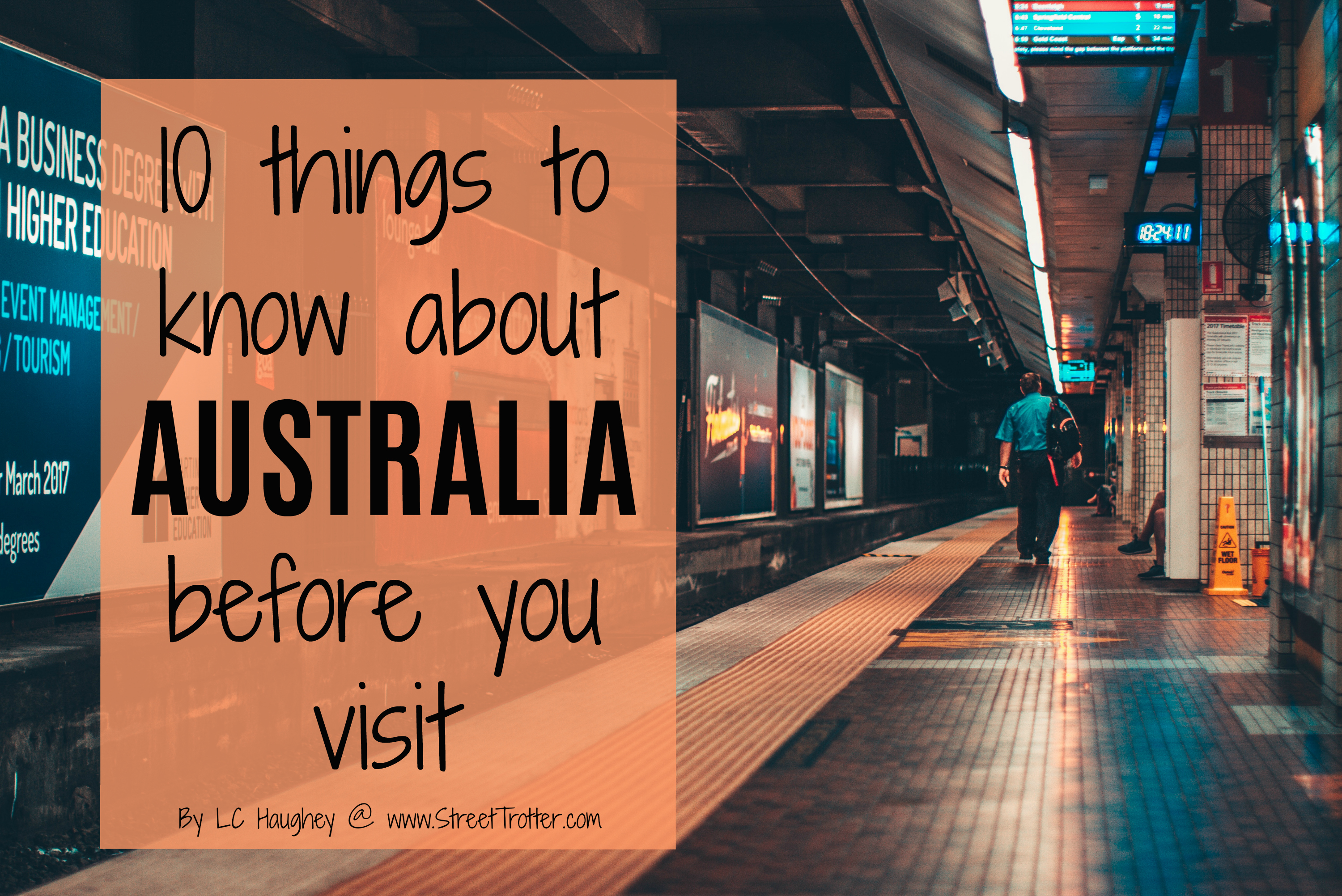 There is some basic research that one must do before traveling to a new country. But the most important thing (which often gets overlooked) is what is the norm in a cultural sense. Different countries have different values, when it comes to what is socially accepted in religion, what’s considered safe practices and how you should behave in day to day life.

Keeping that in mind, here are ten tips for travel within Australia, which will hopefully help to provide some sort of insight into not only what to expect, but how to behave when traveling Down Under.

#1- Don’t underestimate how big Australia is

Australia is big. Like, size of Europe big. As such, you’d need a rather large chunk of time to see the country properly. I’ve heard people talk of making plans to drive around the perimeter of Australia in two weeks and I’ve actually laughed until I’ve cried. 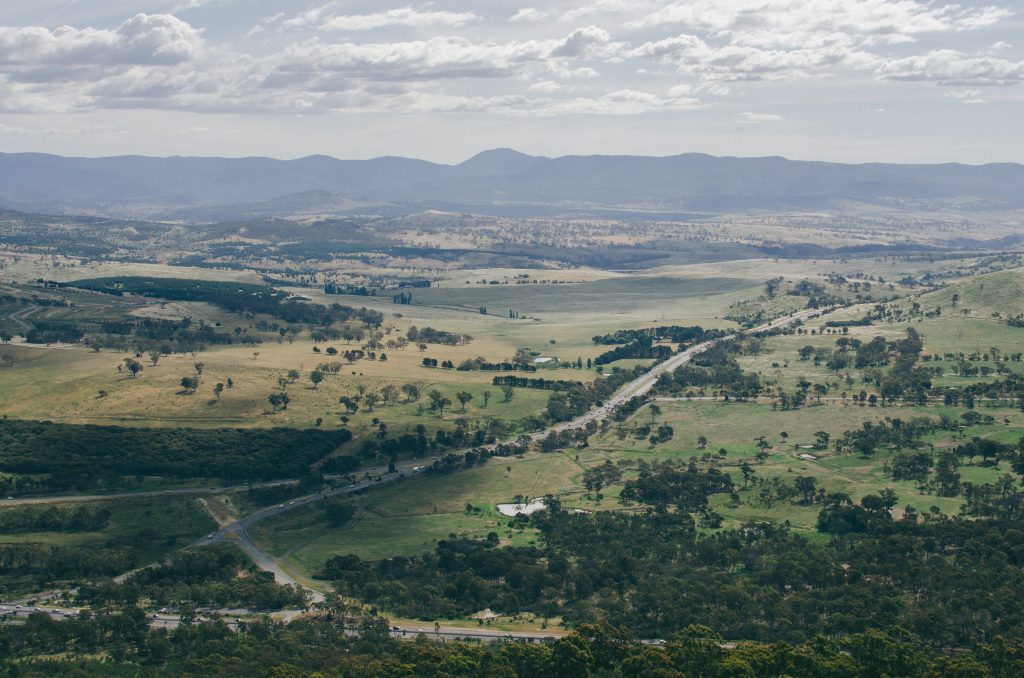 If you wanted to do a proper trip around Oz, you’d probably need to take at least at least three months out of your schedule to do it justice. If you’re there for only a couple of weeks – plan small. Spend a few days in Sydney and/or Melbourne, go to Uluru or Queensland, or spend the entire time on the west coast. Just don’t be too ambitious with your itinerary and you’ll be right.

Gone are the days when you could have a cheap backpacking holiday in Oz. The price of essentially everything is going up in Australia – from food, to transport, accommodation and sadly everyday living expenses for all Aussies.

Your trip to Australia will be amazing – I can promise you that. Just know, that it won’t come cheap. Try not to cry too many tears of disappointment into your $4 cup of flat white coffee and think of it as the trip of a lifetime instead! 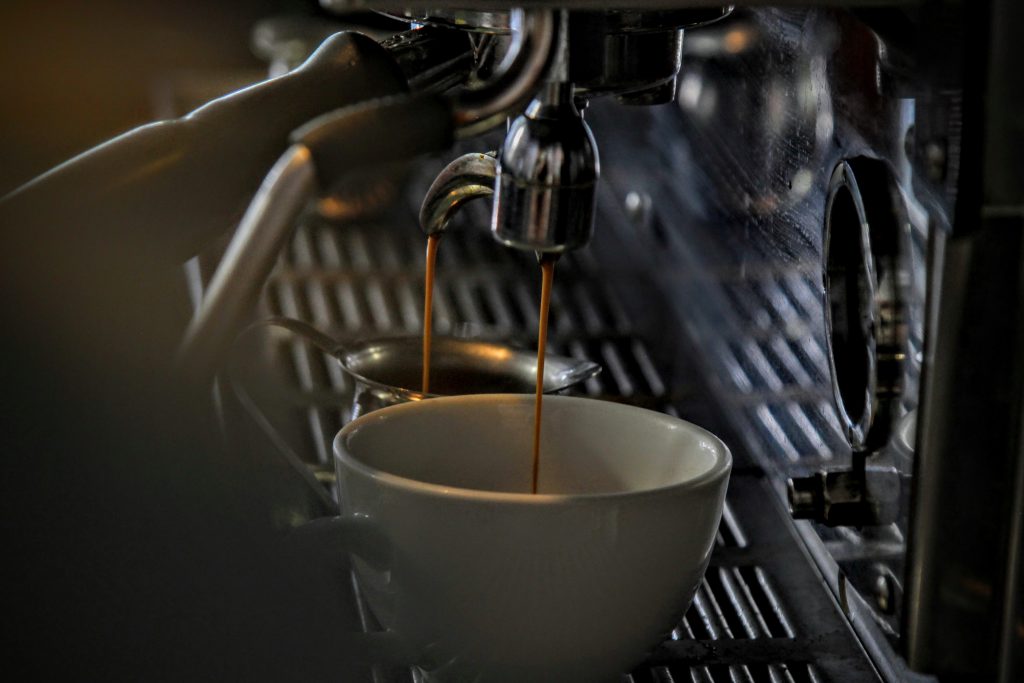 #3 – Don’t skimp on the sun protection

Australia is very inconveniently located smack bang under the hole in the Ozone layer. As such, the sun here has quite a bite to it – so much so that one in three Aussies will be diagnosed with skin cancer in their lifetime. 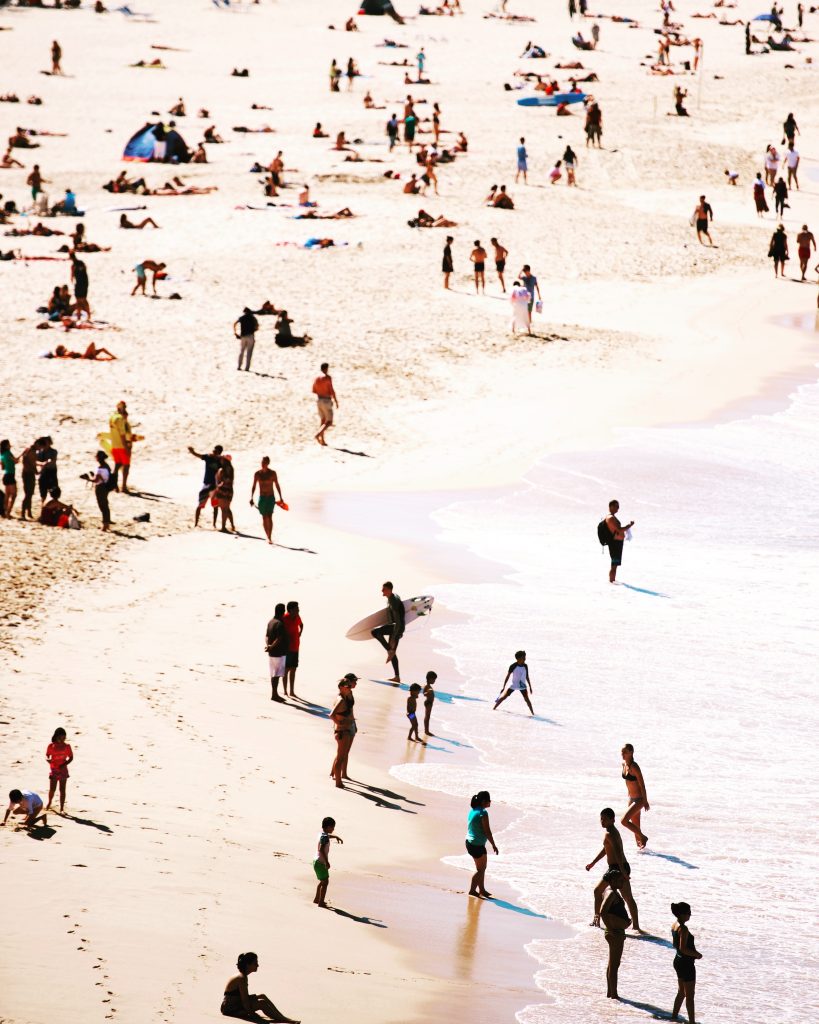 If you’re travelling to Australia during the summer (or late spring and early autumn) make sure you stay out of the sun at the hottest time of the day, between 11 AM and 2 PM. If you are out and about, wear protective clothing like a hat and sunglasses and slap on some sunscreen.

Do ensure that the brand is toxin free if you’re swimming amongst coral reefs, as the toxins in normal sunscreen bleach them (along with being horribly bad for you, in any case).

There’s a perception internationally that Australia is a really hot country with eternal summers all year round. Well, no. Australia has the sixth largest land mass of any country in the world, meaning that it brings with it a range of climates.

Some places, like Far North Queensland and the Top End in the Northern Territory stay pretty hot all year round (making them far more delightful to visit in the winter months, to be honest). Inland, the temperatures can drop quite suddenly and unexpectedly and the winters do get quite cold, with some places seeing snow. It will be in your best interest to check the weather forecast and pack accordingly.

#5 – Don’t visit only in the summer months

That being said, summer isn’t exactly the optimal time to visit Australia. Being peak season, there are people EVERYWHERE, the price of everything ramps up and in my opinion, it’s too bloody hot to do anything, anyway.

I think the optimal time to visit is between March-October. It’s a lot cooler in many parts of the country (but if you’re visiting during the beginning and end of autumn and spring respectively, it’ll still be good beach weather), making the weather far more tolerable. Sydney in particular tends to do winter well and I would only visit the outback during the winter months in any case.

#6 – Shake out your boots before you put them on

Animals in Oz have a reputation of being quite deadly and for good reason. It’s not as though you won’t encounter them in your everyday life and if you did, you’d probably live to tell the tale. Only one person has died from a spider bite in Australia in the last forty years, so you’re working with pretty good odds there.

That being said, it doesn’t hurt to shake out your boots before you put them on, in case any critters have worked their way in there. I also ALWAYS check under the toilet seat when I’m in a rural setting, as deadly red-back spiders have been known to lurk there.

One of the joys of travelling to Australia, is the opportunity to see its weird and whacky fauna in the wild. You’d be very unlucky to not see a kangaroo in the flesh, alongside many beautiful birds and critters. 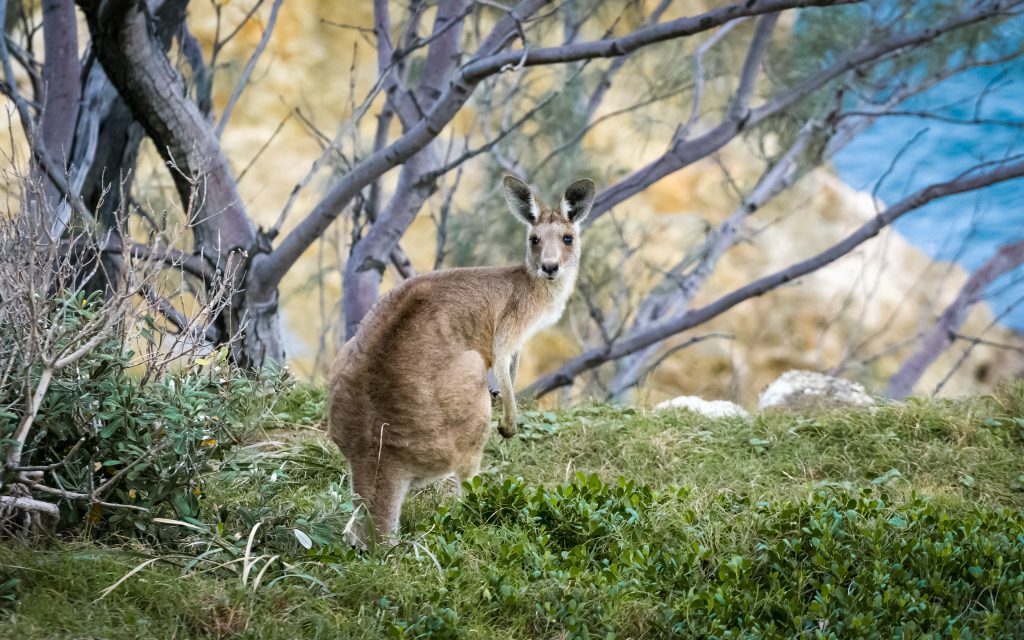 My advice? Leave the wildlife alone. Get excited and take photos sure, but do it from a distance. They’re just trying to go about their daily business uninterrupted and it’s important to respect that.

#8 – Don’t underestimate the raw power of the ocean

In Australia, the elements can be as deadly as the wildlife and none more so than the ocean.

Most Australians learn how to swim before they can walk. It’s pretty much assumed that you’ll end up spending a large proportion of your life at the beach and it’s important to know how to deal with the waves, in a worst case scenario.

Australian beaches will often have rip tides – a current that is so powerful that it can grab an unsuspecting swimmer and pull them out to sea, where they will drown if left unassisted. 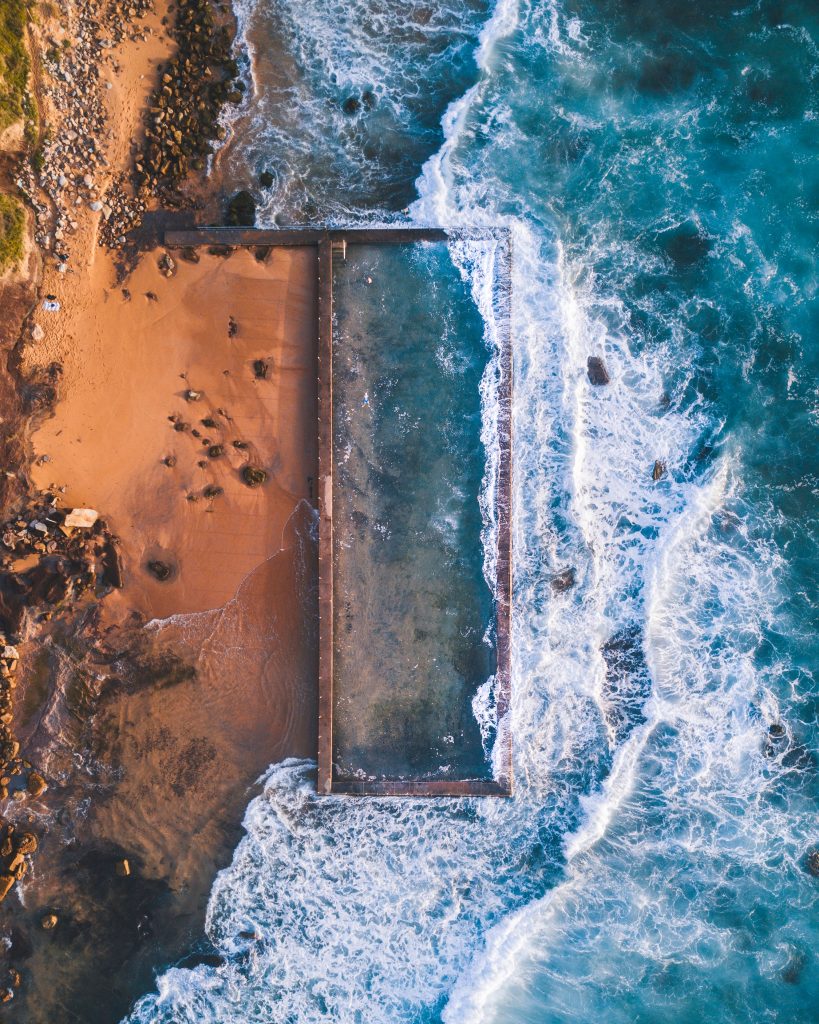 ALWAYS swim between the yellow and red flags that are driven into the sand each morning by knowledgeable lifeguards. If you’re on an un-patrolled beach (there are 10,000 beaches in Oz, so it could happen) don’t go too far out into the surf.

Melbourne and Sydney are amazing cities, but the charm of Australia can be found within its country towns. A fly and drive holiday is one of the best ways to experience the true Australia, which means a bit of preplanning with these fly drive tips. 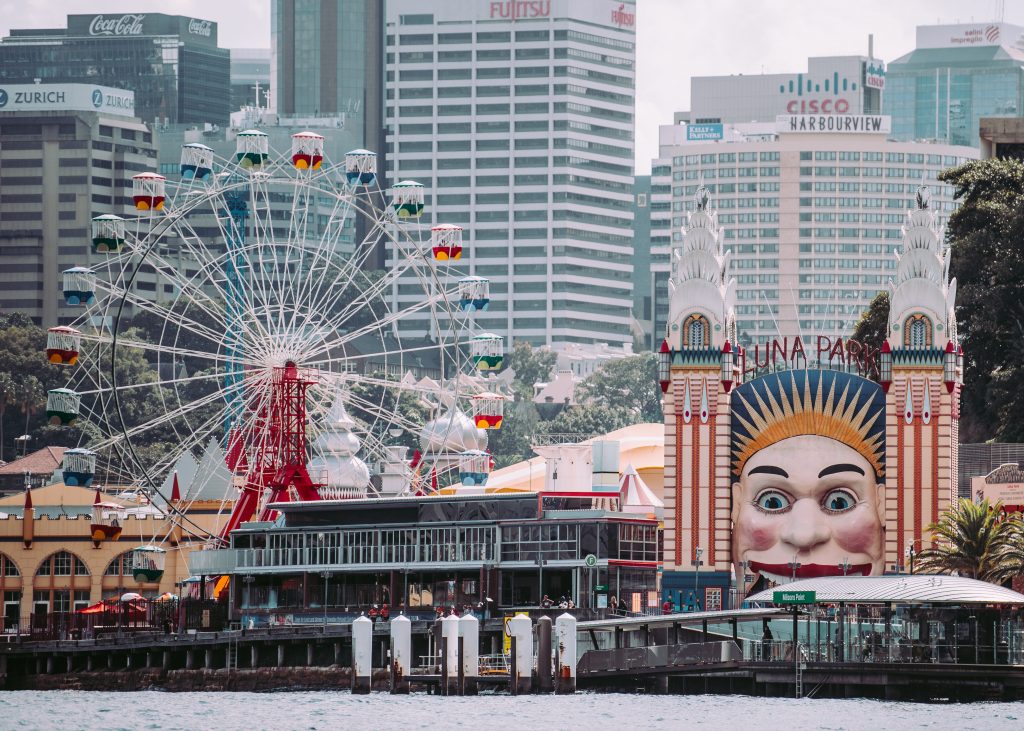 I thoroughly recommend hiring a car and going for a road trip inland in the states of Victoria or NSW – visiting lesser known destinations like Dubbo, Mudgee and Goulburn in NSW, or Ballarat, Daylesford and Rutherglen in Victoria. Or, fly to Hobart and drive all over Tasmania. You won’t regret it, that’s for sure.

Australia is not really renowned for its food, which is silly – as it is amazing. Being so close to Asia, the country has a lot of foreign influences in its cuisine and you can eat very well in any of the major cities at a pretty small expense.

As for “Australian cuisine” itself, the one thing I can recommend having is an Aussie meat pie. They’re pretty easy to get a hold of – stop at a “servo” (service station) and grab yourself a Mrs. Mac’s brand pie. Eat with a squelching of tomato sauce, for the full experience.

If you find yourself within the vicinity of a Bunnings homewares store on a weekend day, it would be within your favor to purchase and consume a sausage sandwich (“sanga”) from the tent out the front. Some places have an option of tomato sauce, mustard AND BBQ sauce. Now that’s fancy.

About the Author: LC is an ex-expat, who is currently exploring her home country of Australia. She also writes about sustainable travel on her blog Birdgehls. Her life’s ambition is to one day live on a farm in Tasmania with eleven rescue dogs, a shetland pony and several pygmy goats.