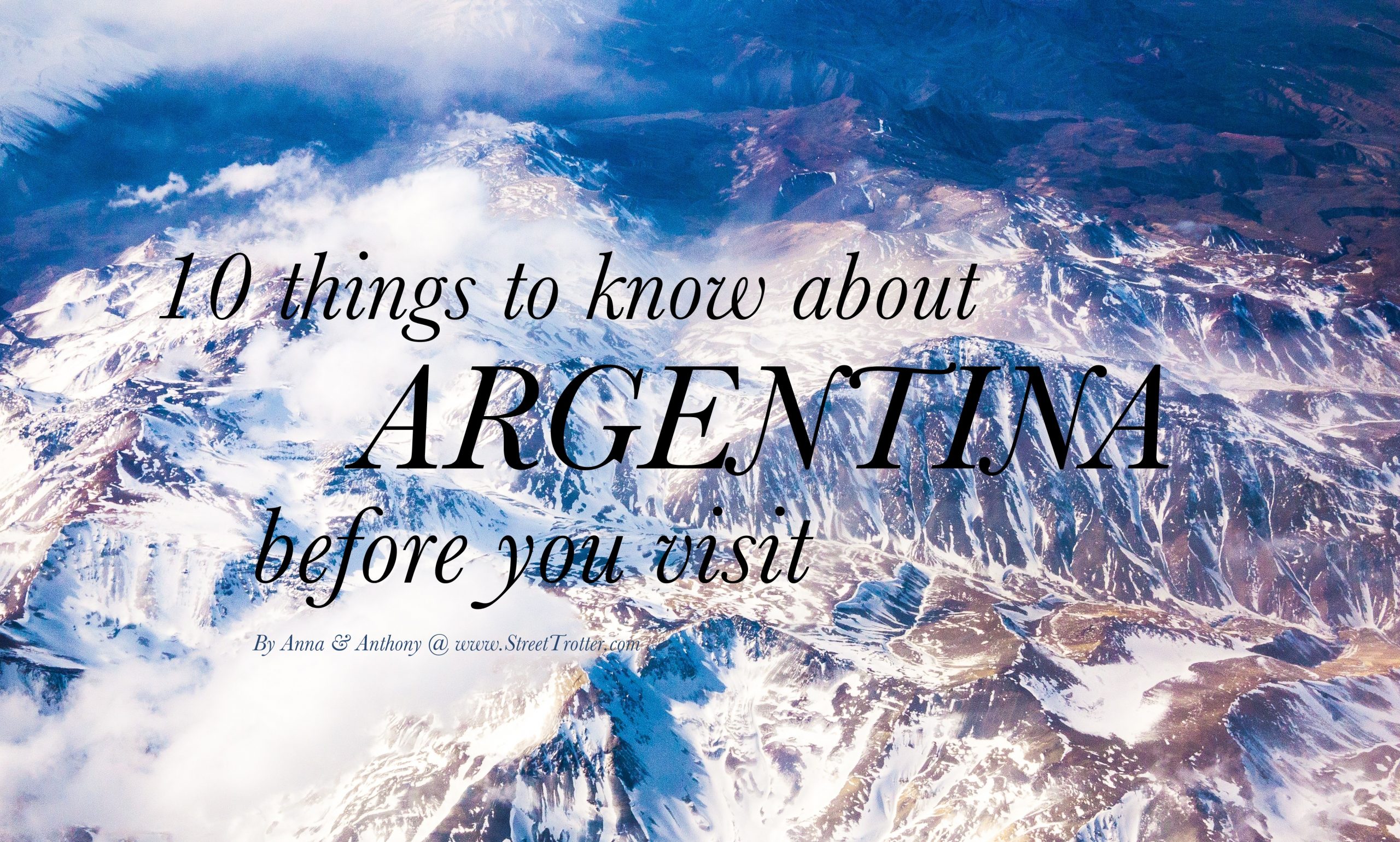 With one side tickled by the ocean and the other flanked by the majestic Andes mountain; with the head on the Altiplano and the feet in the Antarctic snow; with people that are loud and generous but also brash and passionate; with a food culture that smells of corn and tastes like Italy – so is Argentina, a country that is a world in itself. Here are 10 of the many things you should about know about Argentina before you visit:

#1. 90% of the population has European roots

Argentina is probably the most ‘European’ country on the South American continent. Of course, some of them descend from the Spanish Conquistadores, but many people during the great immigration wave between the mid 19th and the 20th centuries came to Argentina in search of a refuge. For example, many families fled here during Nazism, and then many Nazis fled here when they lost the war.

This is very obvious in the population, but also in the customs, the gastronomy and the architecture. It comes as no surprise that Buenos Aires is called ‘the Paris of South America‘.

Among the Argentinians with European ancestry, about 63% have Italian origins. You will definitely notice that in most surnames, in the impressive number of pizza places in Buenos Aires, and also in the melody of their language.

¿Hablas español? Well, you will probably feel at a loss during your first days in Argentina. The form of Spanish they speak is very different from what you might have learnt in Spain or in Mexico for example. To start with, they don’t call their language “español” but “castellano“.

Of course, Spaniards and Argentinians understand each other (most of the time). But many words, and even a part of the grammar, are specific to the Argentine-Uruguayan dialect called Rioplatense. For example, they won’t say “Si tu no duermes, ven aquí tío” but “Si vos no dormís, vení acá boludo“. You’ll quickly get used to it!

#3. This big country has very different cultures and landscapes

Needless to say that the climates can be very different from one tip to the other. The landscapes are also varied and have enough space to become stunning landmarks. It includes the Andes mountain range, the Iguazú waterfalls, the flat Patagonian pampas, deserts, glaciers, beaches and many beautiful lakes. 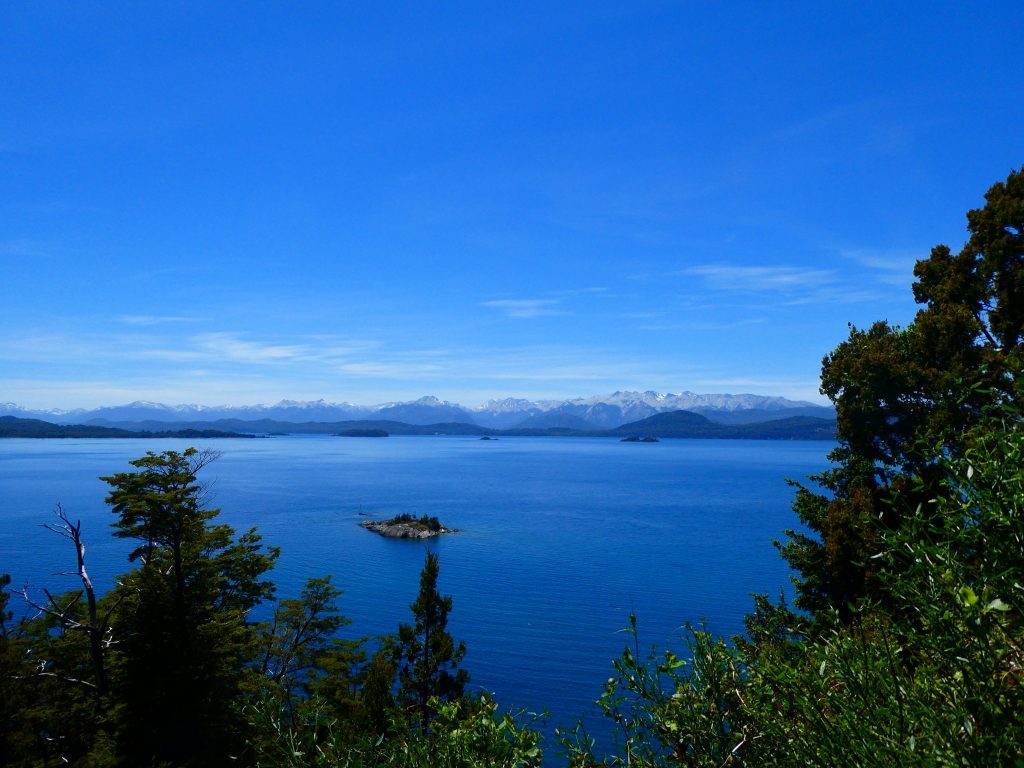 The population is just as varied. Alongside the European ancestry, people in the North are highly indigenous and have retained most of their culture and traditions. They are different in the Northeast from the Northwest, while indigenous groups are still fighting for their rights in Patagonia. 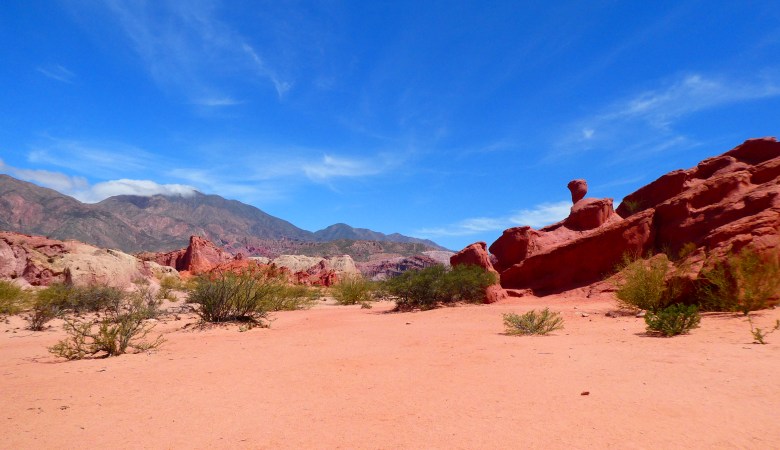 #4. There are many free activities in Buenos Aires

This is rather surprising for a country that is facing constant economical crises. But it’s good news if you’re planning to spend time in the Argentine capital. The fact is, you could spend a week in Buenos Aires hopping from one free event to another.

Interested in tango? You can find free donation-based shows daily in some districts, and most dance schools offer the first lesson for free. Interested in culture? Most museums are either free (like the Art Museum) or have one free day each week. Interested in an evening out? The Kirchner Cultural Centre has you covered with free concerts, exhibitions and classes all week long. 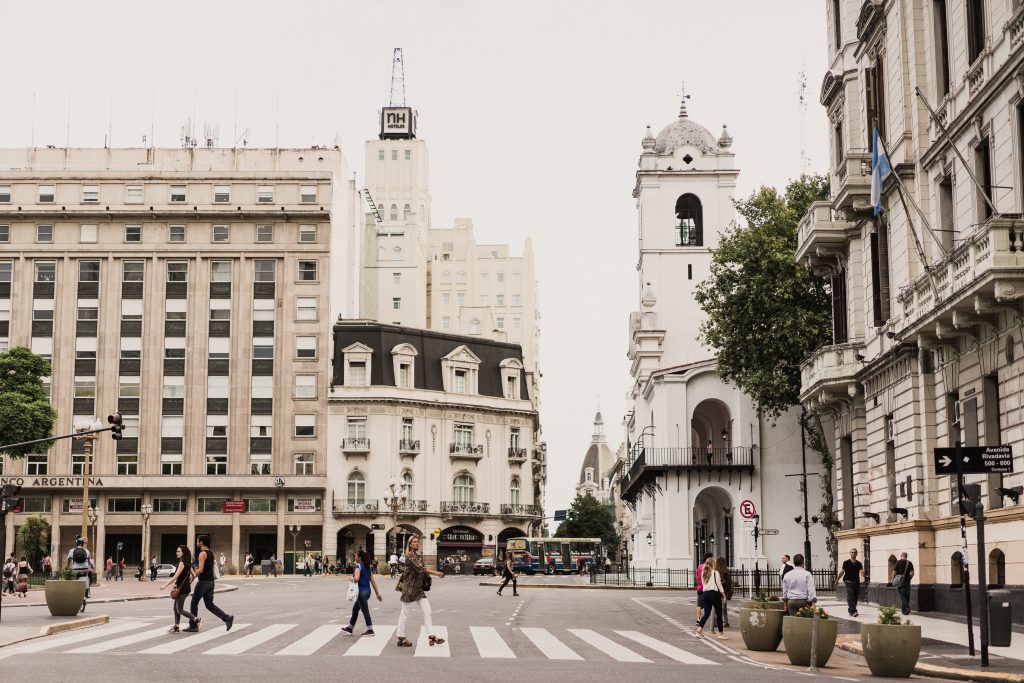 Find more details in our guide to visiting Buenos Aires.

#5. Hitchhiking is common in some parts of Argentina

The Argentinians are just very friendly! Despite their reputation in all neighboring countries of being arrogant, they will commonly get out of their way to help you. They’re also very polite in a friendly way, and greeting people, asking them how they are, is customary throughout the nation.

Probably for that reason, hitchhiking can be pretty easy – at least in some parts of the country. During our 2-month travels in Argentina, we found very easy to hitchhike both in the northwest of the country and in the “lake district” around Bariloche. In fact, it seems to be a common means of transportation there for both travelers and locals! 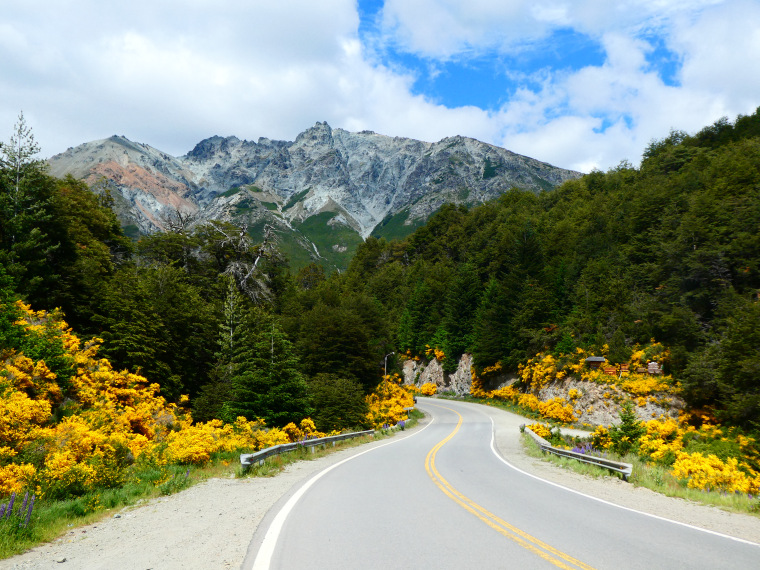 The “7-lakes-road” between San Martin de los Andes and El Bolsón is a hitchhikers’ paradise!

#6. The highest peak in the Americas is in Argentina

The Aconcagua mountain is in the Andes at the border with Chile. It is possible to visit the beautiful – but slightly expensive – Aconcagua provincial park, in either 1 day or as a 3-day tour with a professional mountain guide. It’s not a technical climb, but still, strong mountaineering skills and gear are recommended! 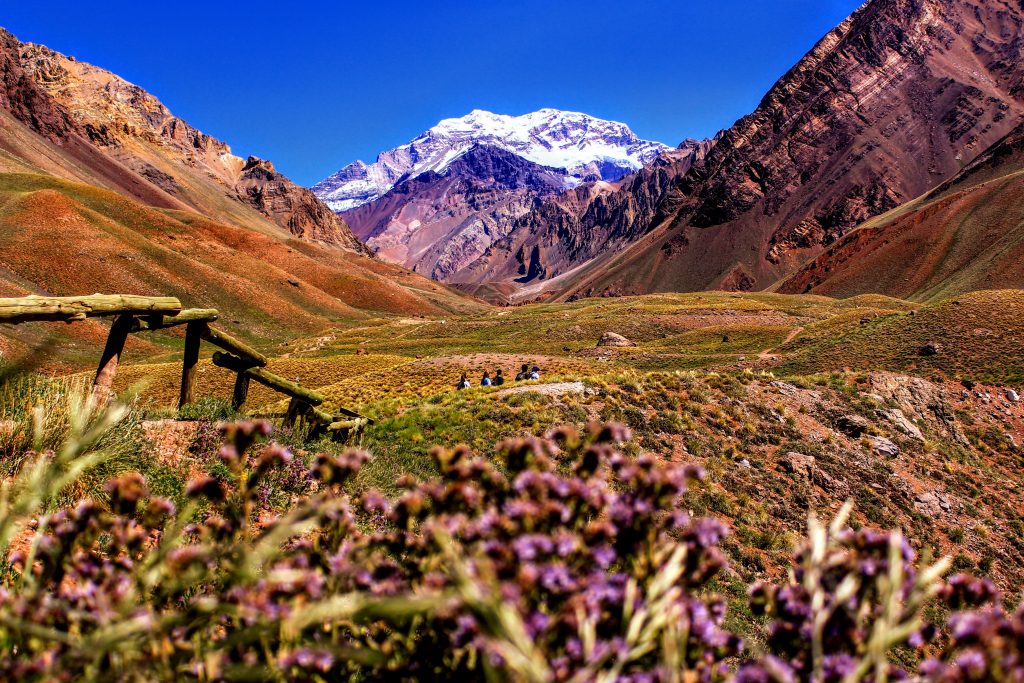 The closest village is Uspallata but tours leave from the nearby town of Mendoza, known for its good wines.

#7. People either love or hate “Evita”

Eva Peron, better known as Evita, wasn’t only the heroine of a cheesy musical. She was the wife of president Juan Peron and the 1st Lady of Argentina from 1946 until her premature death in 1952.

She had a typical Bollywood-worthy story: born in poverty, she met a rich politician who became president. Then she used her power to help the women, the workers and the poor in her country, before dying of a rapid cancer at the age of 33. You can visit her grave at the beautiful cemetery of La Recoleta, in Buenos Aires.

Today, people in Argentina remember her either as a role model or as a social climber. In fact, the brand of politics of her husband still divides the nation between people in favor or against “peronism“. 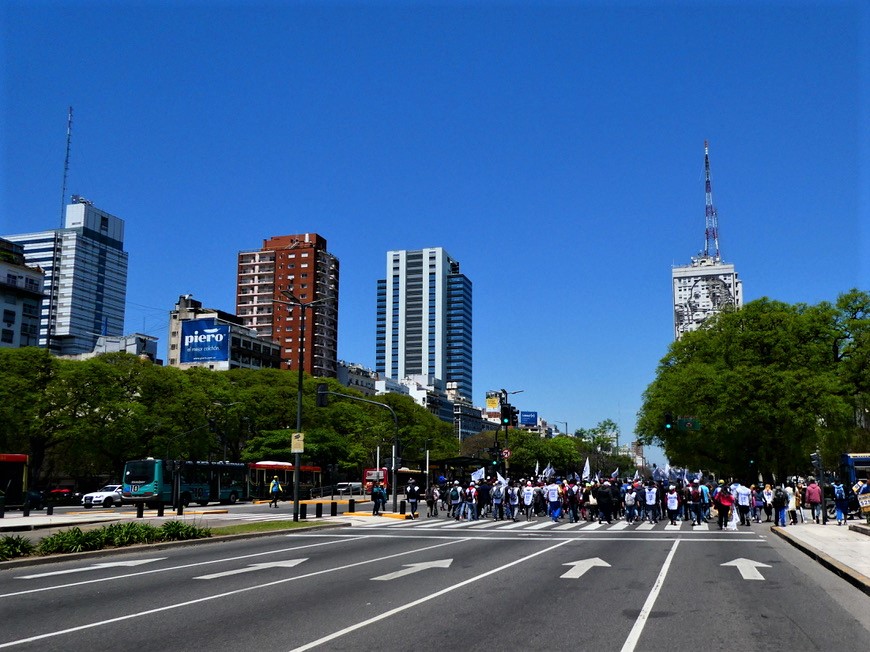 Buenos Aires: behind the demonstration, the Ministry of Health with a light portrait of Evita.

Quite surprisingly in a country know for its tasty beef meat and its tradition of the barbecue (known here as “asado“), there are also many options for vegetarians in Argentinian towns.

It’s true to say that Latin America in general is so veggie-unfriendly that it doesn’t take much to stand out. But here, not only the vast majority of restaurants provide with several vegetarian options, but even small stalls and bakeries have something vegetarian to offer.

The famous empanada (baked or fried pastry with filling), traditionally prepared with minced meat and onions, is here declined in a wide range, almost always including “tomato-mozzarella”, “cheese-spinach”, “sweetcorn” and “chard”. Try also the “torta pascualina” with spinach, ricotta and full boiled eggs.

#9. It has a lot in common with Uruguay

Buenos Aires is very close to Montevideo, the capital of Uruguay; a mere 2-hour boat ride. In fact, they’re only divided by the Rio de la Plata. So of course, they were part of the same administrative region called Viceroyalty of the Río de la Plata under the Spanish rule. But the friendship goes further. They share close cultural and political ties with each other.

Both countries have similar demographics and speak the same dialect; they have a beef trade established with the UK; they love tango and dulce de leche (a sweet caramel-like spread that fills most of their pastries). Moreover, there is a large Uruguayan emigration to Argentina, and there are today around 1,20,000 Uruguay-born people living in Argentina.

Have a look, even their flags are pretty similar:

There are two things they might disagree over though: football; and the birthplace of the tango star Carlos Gardel.

More than a tradition, mate (pronounce ma-tey) is a religion in Argentina! This infusion of yerba mate leaves is served in a hollow calabash gourd and drunk with a metal straw called “bombilla”. It’s a social drink, so it’s important to share it and pass it around. Don’t be picky about sharing the straw; have you never passed around a beer bottle?

It’s hard to fathom the importance of mate in Argentina before you see people drink it all day long in offices, in schools, in the customs office, etc.

That’s another thing Argentinians share in common with Uruguayans, and they joke on finding differences between them. The main one: it’s common to see Uruguayans drinking mate on the go, with a vacuum flask under the arm! 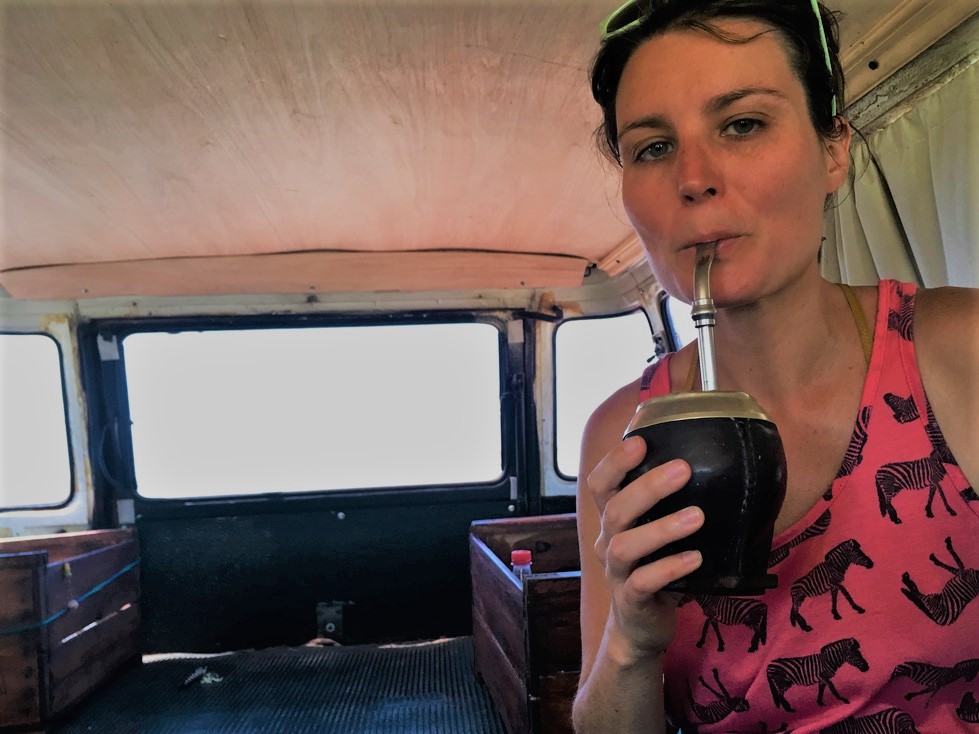 When you hitchhike, drivers offer you mate. Because why not?

About the Authors: Anna & Anthony are long-term travelers, South America specialists and all-kinds-of-arts aficionados. They write about cultural and responsible travels for backpackers on their blog Green Mochila. You can find them on Twitter, on Instagram, or on a swing dance-floor.