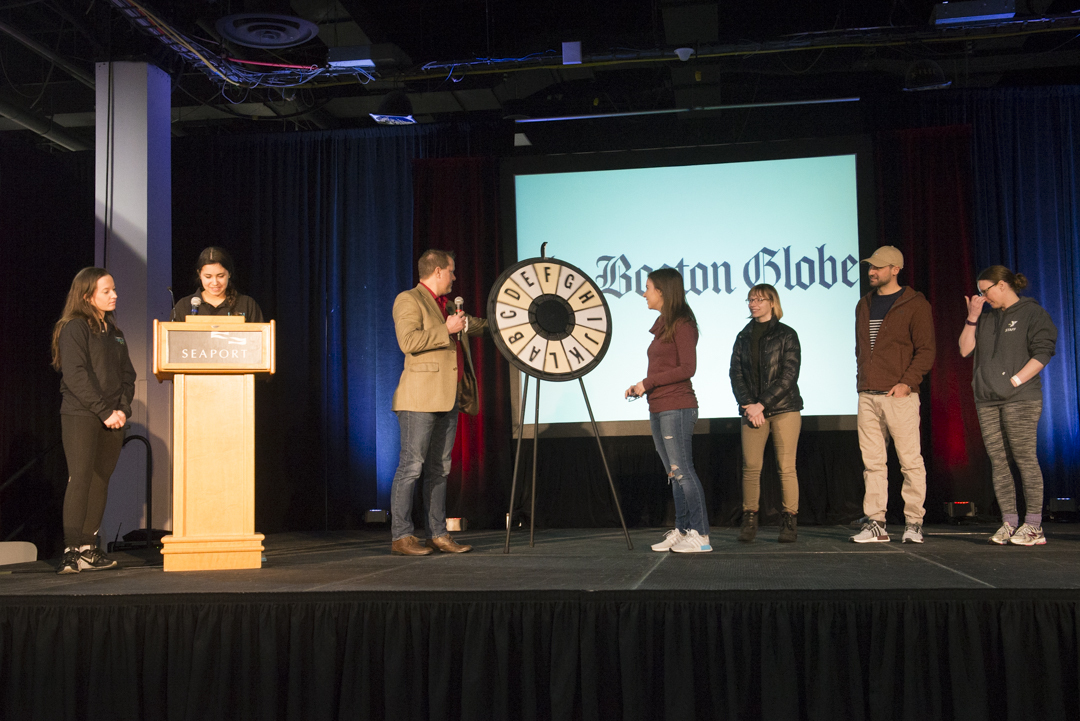 In perfect sync with the blizzard that swept over New England last weekend, The Boston Globe offered people much wanted getaways through it’s 12th annual travel show held at the Seaport World Trade Center in Boston.

The Boston Globe Travel Show spanned over three days from February 10-12, and was packed with over 100 exhibitors from around the world. Destinations offered included not only places within the United States such as Florida, which had over 10 stalls dedicated to it, but also included exotic locations like Mexico, Central and South America, Africa, India, Thailand, Malaysia, Alaska and Indonesia.

Advertised as “the perfect way to explore the hottest vacation destinations out there,” the event also included Cultural Stage Programs and a Northeast Craft Beer Pavilion. Talks that were part of the former included those by producer and host of Raw Travel TV, Robert Rose, Editorial Director of Frommer Travels Guides, Pauline Frommer, and travel writer and columnist for The Boston Globe, Chris Muther.

The Travel Show also had a designated Kids Zone with a face painter and Character Meet & Greets. Other stalls included free goodies, giveaways and raffle opportunities.

Attendees Robin Clark and Carol Kirk said they were “excited about all the travel opportunities presented.”

“We’re here to find out about the Azores. It’s affordable and close by,” Clark Said. “But we’re also looking at the Caribbean, which is far away,” Kirk added, “so this is a great place to look at both.”

The Craft Beer Pavilion included beer sessions for 40 different breweries, with over 100 different beers. However, attendee Michael Wang, who was at a brunch event held by Lord Hobo, a brewery and bar, said that he had “probably had every beer here. There is nothing I couldn’t have got at my grocery store.” “The food was okay though. Not great, but good,” he added.

But for someone who is still new or exploring the beer world – the pavilion offered samples of all sorts beer flavors from extra light or extra hoppy – adding a worthy element of fun to the entire show.

Harish Chandrasekaran, an avid traveler and an attendee said, “I travel a lot for work and I plan a lot of holidays too on the long weekends. For me beer is an important part of my travels as sometimes it also brings you closer to the local culture of a place and different stories behind every beer. I have explored some great local beers in Iceland, Puerto Rico and Indonesia. I definitely look forward to the beer pavilion and exploring some more beers from around New England.”

Bringing together an array of tour companies, hotels and resorts, tourism boards, and emerging airlines all under one roof, the the Boston Globe Travel Show has undoubtedly established itself as one of the largest consumer travel trade shows in the United States, attracting an estimated 24,000 guests each year and making it’s name as an event filled with wanderlust – must attend!