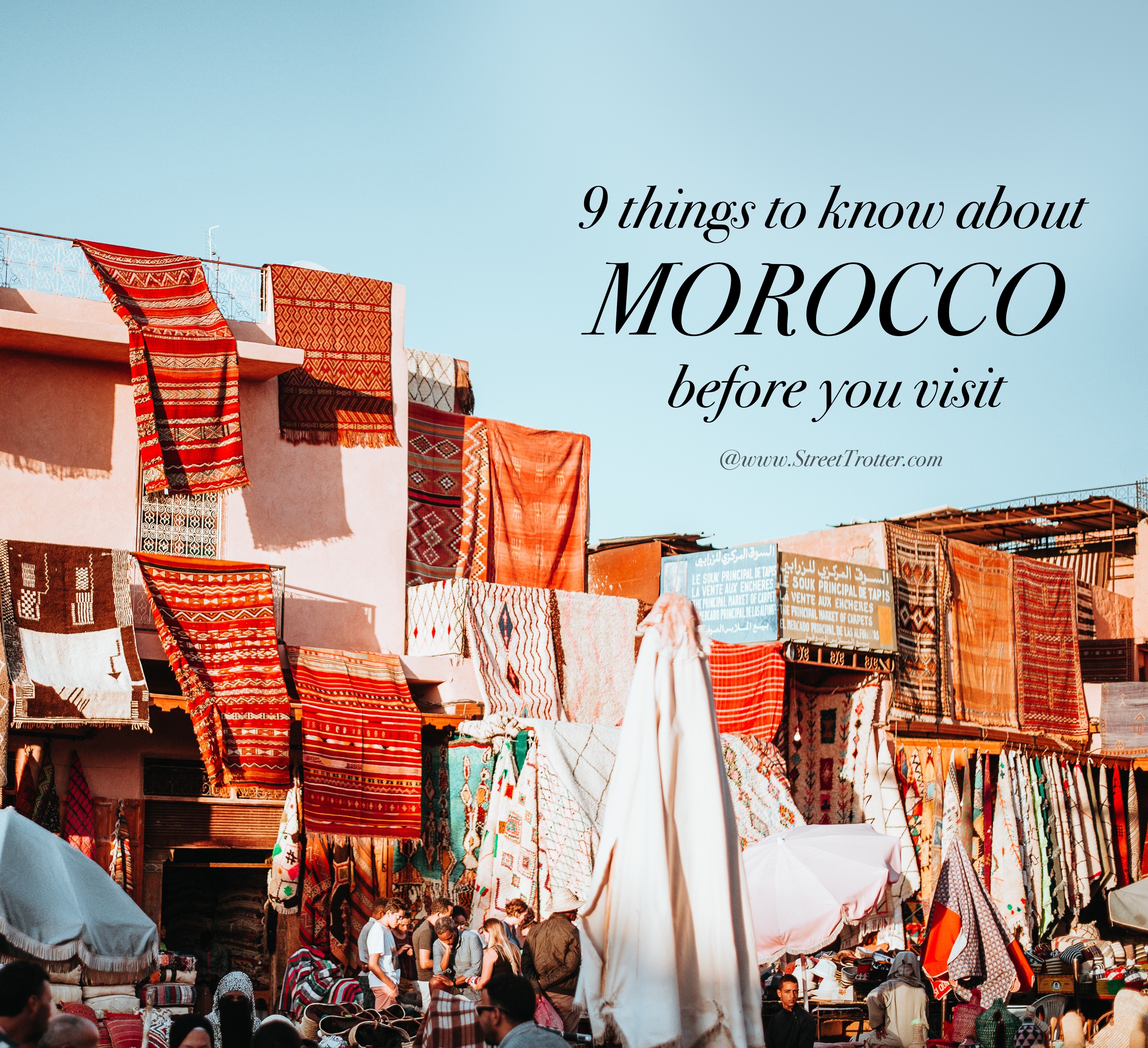 Edith Wharton once said, “to visit Morocco is still like turning the pages of some illuminated Persian manuscript all embroidered with bright shapes and subtle lines”. We all know Morocco for its colorful arts, crafts and textiles, but did you know that in Morocco, it is possible to see the Atlantic and the Mediterranean at the same time?

Morocco, officially known as a ‘Kingdom of Morocco’, is one of the native homelands of the indigenous Berber people. With a population of over 33.8 million its capital is Rabat, and largest city is Casablanca. But there is more to this visually majestic kingdom and thus here are our 9 things you need to know about Morocco before you visit:

#1 – You don’t have to mind your personal space

People don’t deliberately leave space between each other.  If someone needs to reach over you, they will unapologetically.  This also goes for walking in the street. People won’t necessarily make the effort to walk a foot around you. Certainly, people aren’t aiming to touch you. You’re just probably in the way. 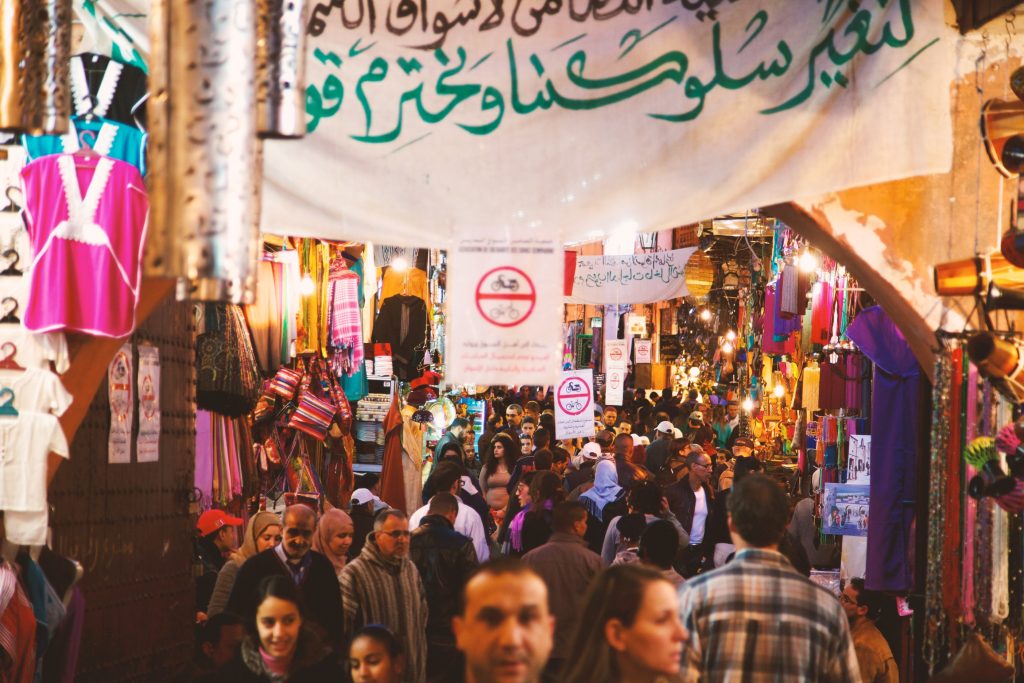 As well, if you’re used to others keeping their gaze focused on their own path, know that in Morocco it generally isn’t considered rude behavior to stare at someone. So, if you look very foreign, you will probably end up attracting a lot of attention.

#2 – There are shared taxis and solo taxis

There are two kinds of taxis in Morocco. There taxis which you can catch and take as the only passenger wherever you want within a city.  They’re called petit taxis. Then, there are cheaper, shared taxis, or grand taxis, which wait at different stands.  Each stand has a different route. So, for instance, if you are in the city of Chefchaouen wanting to go to Tangier, you should look for the station with taxis waiting to go to Tangier. Once you find your taxi, you wait until other passengers who are wanting to go to the same destination get in. Once the vehicle is full, you’re on your way.

If you are traveling to Morocco but are allergic to cats, take some allergy medicine. Stray cats roam the streets and alleyways. They tend to keep to themselves, but accept food offerings. There are big ones, small ones, fat ones, skinny ones, black ones, red ones, and they are all adorable. 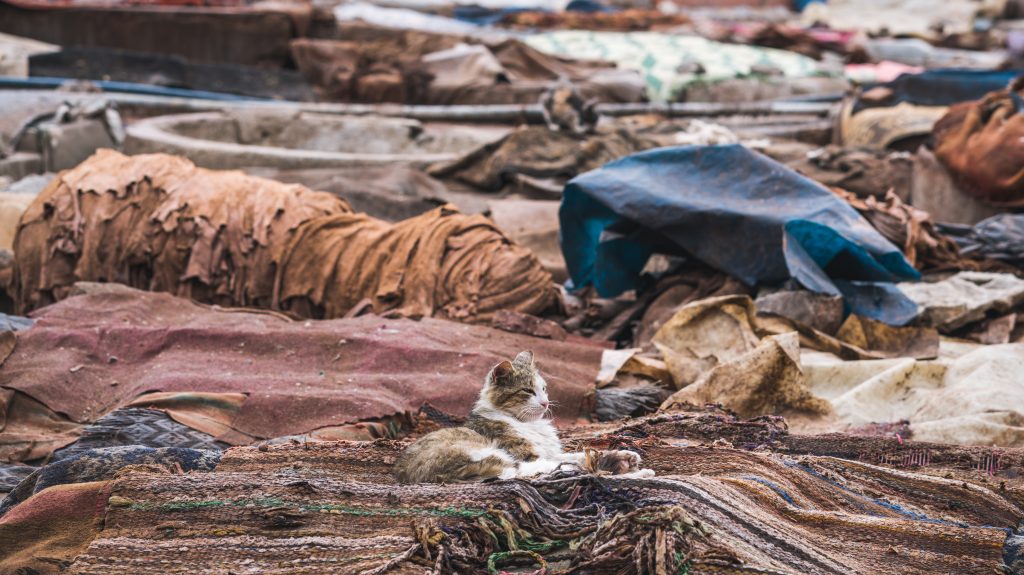 #4 – Everything takes a long time

Sleeping in until eleven in the morning is socially acceptable and therefore guiltless. Hearing good morning at one in the afternoon is usually not sarcasm. Even better, being late is almost expected. However, be prepared to wait longer for things asked for. It doesn’t matter if you don’t have time, daily operations here do.

#5 – The tea is surprisingly sweet

Globally, Moroccan mint tea is sold in sachets and consumed in any manner suitable for the drinker. In Morocco, the tea is prepared in a more specific way. The end result is a delicious elixir. The tea brimming with foam contains loose leaves, flowers, herbs and mountains of sugar. It is possible to ask for less sugar than normal or no sugar at all, but you must ask because very sweet tea is the default.

Also to note is the fact that food and beverages in general are unique and a real delight in Morocco, so a Moroccan food tour while you visit is worth it. 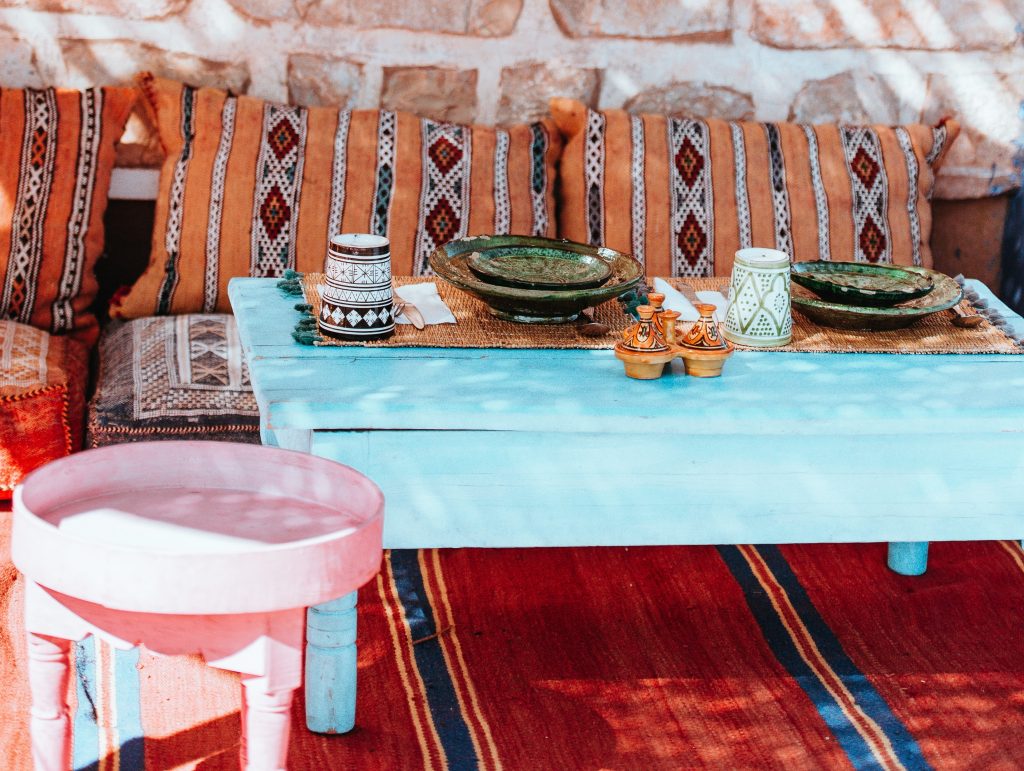 #6 – The adhan sounds off five times a day

A majority of Morocco is muslim, thus it’s common to pray five times a day. There is a stunning Call to Prayer – known as “Adhan”, that is broadcasted for each prayer time. It’s the voice of a muezzin from the mosques, calling believers to prayer.  Some business is put on hold for a few minutes. The first, sometimes at five in the morning. After a couple of days, you get used to the adhan punctuating parts of the day. 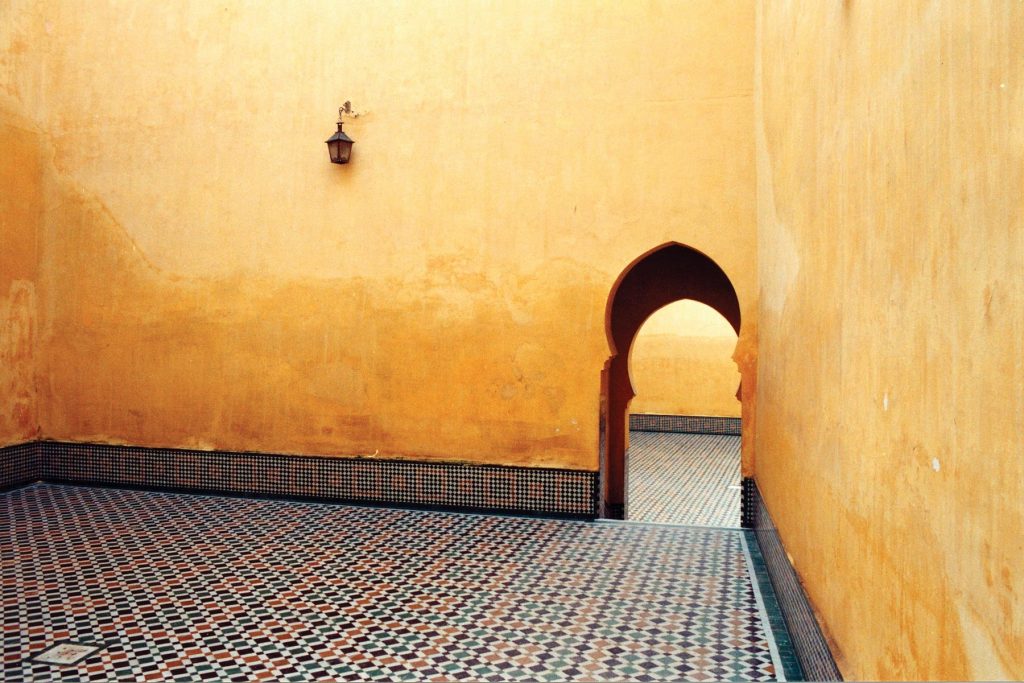 #7 – There are many languages spoken at once

While “Darija” is typically considered a dialect of Arabic and not a separate language, it is widely spoken across Morocco. Furthermore, Darija does differ between regions. Most writing is in standard Arabic, However, “Amazigh”, the language of the indigenous people, is also common on street signs. Spanish is spoken more so in the north and French more so in the south. An important thing to know is that speaking some Darija can help to avoid tourist prices, or overpaying for goods and services.

There are numerous cafes where the patrons are almost exclusively men. Of course, this is not all cafes. A modern-looking place (brighter lighting, upscale decor, etc.) will more likely have a mix of customers, while a more modest and traditional cafe tends to be where men go. Likewise, hair salons tend to be for women, while men go only to barber shops. There are plenty of women who go to whichever kind of cafe they wish, and I myself (a woman) have become a regular at a barber shop. Sex-based segregation is not forced upon the population, but it is somewhat a part of Moroccan society norms. 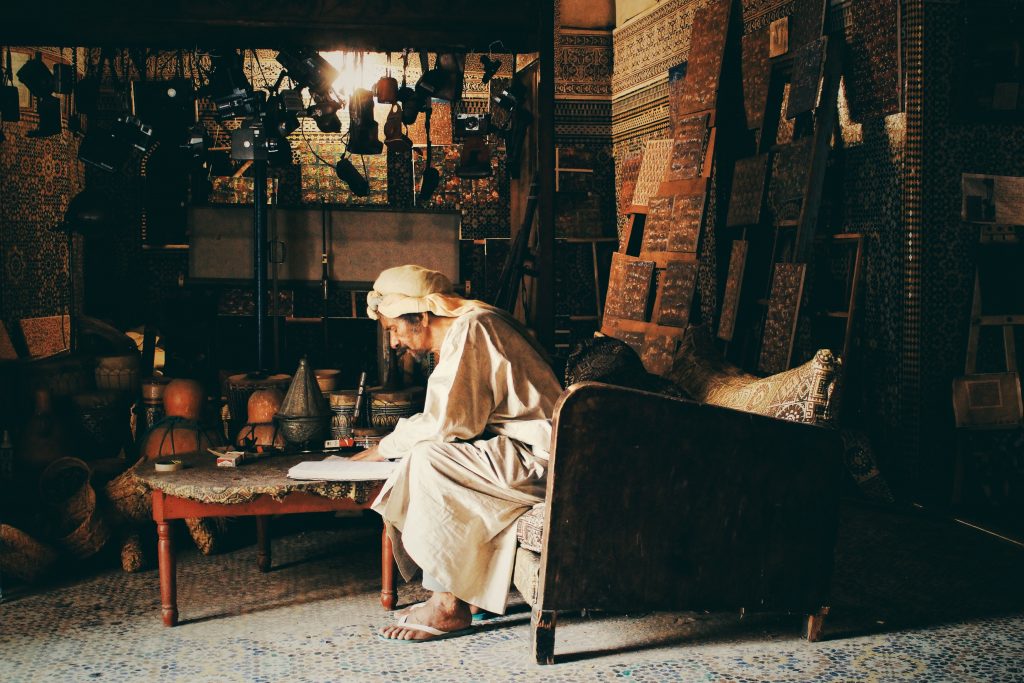 #9 – Pictures of the king are posted

About every establishment features a picture of the king. He might be shown candidly getting out of his car, descending the stairs of a private plane, or there may be an image of him posing majestically.  The picture is usually framed and in plain view. For example, a portrait of the king might be high on a wall near the cash register. In Tetouan, there’s a place where he is on a billboard, peering out over the small city. When going out, it’s hard to forget that Morocco is a kingdom.

About the Author: Teresa Lynn Hasan-Kerr is a writer and American English teacher in Morocco. You can find her on Twitter at @TheOtherTeresa