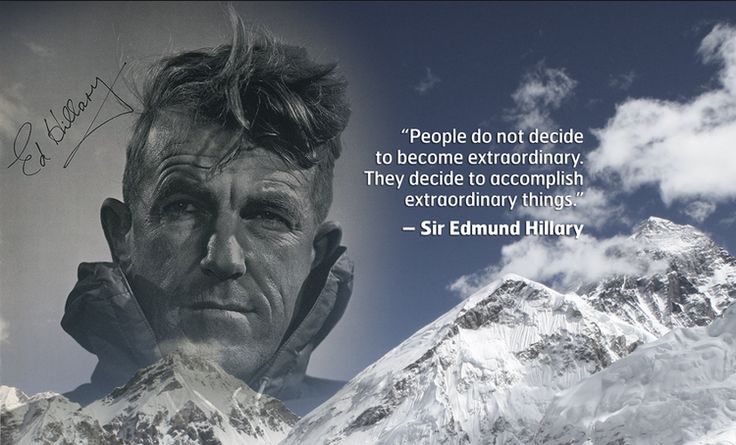 Someone once told me, “The day you venture into the Himalayas, you are doomed for life and addicted till eternity.” Obviously, I didn’t listen and went ahead with my plan, loosing myself to the Himalayan mountains forever. If you are too a part of this tribe and you crave for the Himalayas every now and then, this list is custom made for you – 9 must-watch movies that every Himalayan lover will relate to, and every mountain climber will sit-back to watch.

From the breezing prayer flags,  the snow filled mountain peaks, the Buddhist culture that the mountains echo, the myths and dangers of the climbs, to the exhilarating success stories of standing on the tip of the Everest – these nine movies have it all. So, if you cannot answer your mountain call anytime soon in person, embrace this blockbuster journey to the Himalayas instead…

The Plot: True story of Heinrich Harrer (Brad Pitt), an Austrian mountain climber who became friends with the Dalai Lama at the time of China’s takeover of Tibet. Filmed in the foothills of Himalayas, the movie takes you through the mesmerizing mountains, into Lhasa and leaves you speechless with the Tibetan culture and the teachings of Dalai Lama.

Favorite Quote: “We have a saying in Tibet: If a problem can be solved there is no use worrying about it. If it can’t be solved, worrying will do no good.” – Dalai Lama.

The Plot: This is a dramatic true story of a team of climbers who found hope, strength and triumph in the wake of tragedy. Their successful ascent of Mount Everest, just days after fellow mountaineers and friends died there, is a compelling story about the human spirit and a mountain they love, respect and sometimes fear.

The Plot: In a village in the North-Western Himalayas, Tinle, a charismatic old chieftain, whose eldest son has just died, refuses to allow the young Karma to lead the yak caravan. They both end up leading on two different routes. This is the story of their rivalry in the Himalayas.

Favorite Quote: Tinle: Why did you come with me? Norbou: When you left the monastery, I remembered what one of my masters said. ‘When two paths open up before you, always choose the hardest one.’

The Plot: In 1941, three men walked out of the Himalayas into India. They had survived a 4000 mile walk to freedom. This film is dedicated to them, and all the wild terrains they crossed.

Favorite Quote: “Kindness. That can kill you here.” 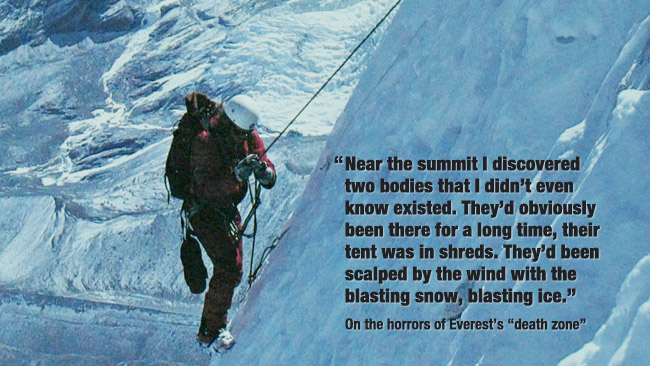 The Plot: Six blind Tibetan teenagers, shunned by their culture as sinners or possessed by demons, band together to climb the north side of Mount Everest. With the inspiration of their fiery, blind teacher who fought to establish a Tibetan school for blind children, the teens are guided by Erik Weihenmayer, the only blind mountaineer to have successfully scaled Everest. The climbers suffer through illness, bad weather, and the stark challenge of tackling one of the greatest natural wonders on the planet.

Favorite Quote: “When I was 15 I went blind completely. I hated blindness. And I wasn’t afraid to go blind and see darkness, see, I think that’s myth. I was afraid to be swept to the sidelines and forgotten. To be obsolete. And it was a few months after that I got this newsletter in braille of a group taking blind kids rock climbing. And I thought, I mean I took my hand and ran it up the wall in my room, and I thought that sounds insane, I mean who would be stupid enough to take blind kids rock climbing. So I signed up.”

The Plot: Eleven veterans returning from Iraq and Afghanistan join an expedition to climb the 20,000 foot Himalayan giant Mount Lobuche. With blind adventurer Erik Weihenmayer and a team of Everest summiters as their guides, they set out on an emotional and gripping climb to reach the top in an attempt to heal the emotional and physical wounds of the longest war in U.S. history.

The Plot: K2, commonly known as Savage Mountain, is an extension of the northwestern Himalayan Mountain range and is located in the remote region between Pakistan and China. With an unprecedented fatality rate of one in four climbers, it has rightfully earned the title of the second most murderous mountain. But with any high risk sport comes the love of the challenge, and in August 2008 22 climbers from several international expeditions converged on High Camp of K2, the last stop before the summit. Forty-eight hours later, 11 had been killed or simply vanished into thin air. Like a horror movie come to life, it was as if the mountain began stealing lives, one climber at a time.

The Plot: This breathtaking film follows an historic attempt to summit the world’s most challenging peak on the 100-year anniversary of the Duke of Abruzzi’s landmark K2 expedition in 1909.

And how can I miss, like always, the last one is my favorite Bollywood Bonus!

The Plot: Amongst this list of movies, this one is based on an industrialist’s daughter is brutally abducted during a trip into the country with her fiance, and she begins to establish an unspoken bond with her kidnapper as they travel the highway to an unknown destination, through the foothills of the Himalayas.

Quick pro tip: If you are a frequent traveler, moving your Windows Desktop to CloudDesktopOnline.com and your files to CloudAppsPortal.com, will allow you to work, watch your movies and Share them from anywhere, on your favorite applications and devices.