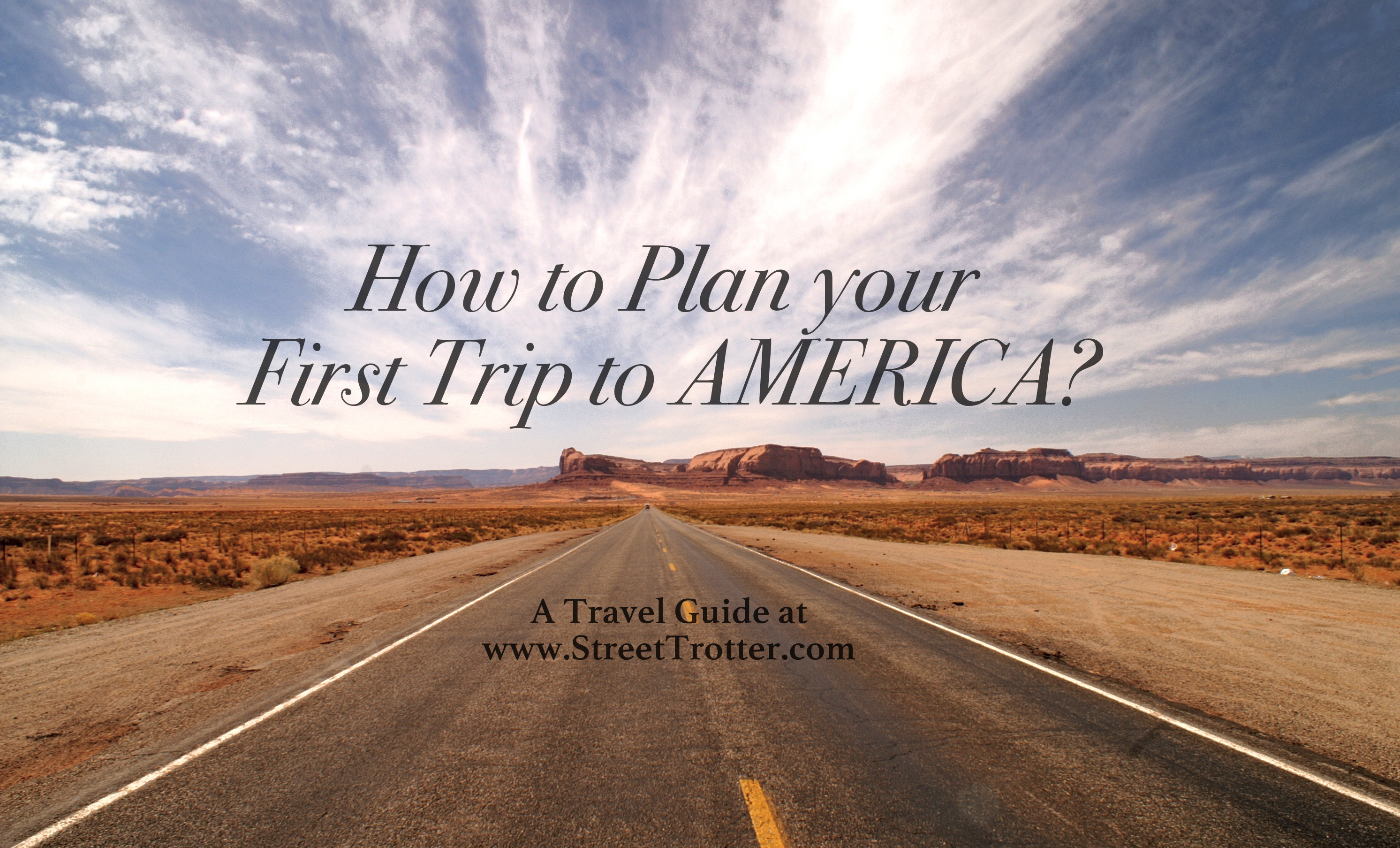 America is a big country and there is certainly a lot to explore and enjoy. In fact, you might not know where to start, if this is your first trip to the States, and undoubtedly you would want to cover as much ground as you can. Helping you plan and making it simpler for you, here is a list of things we recommend doing and seeing on your first trip, to get the true taste of America and its culture…

New York – NYC is the whole world in one big city and will give you a truly unique experience. Cosmopolitan and modern, it offers high fashion, contemporary arts, lots of culture, international cuisine, vibrant nightlife and beautiful sights. You can visit the emblematic Statue of Liberty, the United Nations headquarters, The Empire State Building, Brooklyn Bridge and Times Square. Certainly don’t miss out on seeing a musical on Broadway and strolling through the Central Park. NYC never sleeps and you won’t either.

Chicago – In 1916, poet Carl Sandburg described Chicago as the “City of the Big Shoulders”, a nickname that the city still proudly carries. There are a lot of venues in which you can experience culture, such as the Art Institute of Chicago, which was voted #1 museum in the world by TripAdvisor. If you want to travel through 4 billion years of human history, make sure to visit the Field Museum- one of the rare museums in the US that features Egyptian artifacts, mummies and the book of the dead in an Egyptian tomb. Other that art, Chicago will offer you walks in beautiful parks such as the Grant Park, and amazing pieces of architecture which you can view from the 103d floor of the Chicago Skydeck.

Los Angeles – L.A. is a must see, especially for movie buffs, sport fans and nature lovers. I suggest a trip through the wine country, since Californian wine is considered to be one of the best ones on the world. You can even go horseback riding, while admiring at the iconic Hollywood sign. If you’re a cinema freak, you can enjoy watching a movie in an unusual place – the Celebrity Cemetery. Sit among the greats, such as Douglas Fairbanks and Jayne Mansfield. If you have time on your visit and at the same time you like basketball, try to catch an LA Lakers game and be a witness to the roaring atmosphere created by the fans.

Yellowstone, Wyoming – If you wonder where you could get a taste of the Wild Wild West, things are still very much wild in the National Parks of Yellowstone and the Grand Tetons. The wilderness has been well preserved here and you can book walking, hiking and camping holidays here. There are buffalo herds still roaming around freely, unbelievable geysers, bubbling pools of water and mud, giant cliffs, rich bird life and wild animals like black bear, moose and deer. This is some of the best scenery America has to offer and you won’t be able to put you camera down.

Yosemite, California – This is a place where you will see more natural wonders in 5 minutes that you would have almost anywhere else in the world. You will be amazed by this nature as the park boasts North America’s highest waterfall, the world’s tallest granite monolith and mountains dubbed by Ralph Waldo Emerson as “world’s unmatched”. Activities in this park include hiking, fishing, rafting, boat riding and camping. To put it simply, it is the paradise for nature lovers.

Grand Canyon, Arizona – The Famous gorge of Arizona is up to 18 miles wide and about a mile deep. The pink and white granite rocks all around the canyon date back 1.8 million years. The greatness of the view will have have you mesmerized, as you admire what Mother Nature had given us. The park is second most visited in America, with around 5 million people visiting it every year. You can hike down the park on foot or by a mule, so as to avoid many tourists that tend to swarm all over the park.

Yes, Native American tribes still exist, and yes, they still live in reservations. You might see them talking on the cell phone while riding a horse and using computers and everything the modern times have brought, but they also still keep their traditions and wisdom alive. Regular powwows – traditional gatherings with song, music and dance competitions, native drums and the full native regalia – are being held and this is something you can only see in America. Most reservations are poverty stricken and they welcome volunteers to help out with anything basically.

One thing that has influenced the whole world in a big way is American music, including blues, jazz and rock ’n’ roll. The music scene in America is still very much alive, abundant and has a lot on offer. The South is rich with musical history: in Memphis, Tennessee you can visit Elvis Presley’s home – Graceland, the Sun Studios where many greats recorded their LPs, the Beale Street where blues was born or the Gibson guitar factory.

Nashville is another musical city, the seat of county, blues, folk, bluegrass, Americana, soul and gospel. For contemporary music, you could go to the annual week long music festival in Austin, Texas, called South by Southwest Music Festival (SXSW) and choose from 2,200 performances on 100 stages all over downtown. What better way to experience American music all in one place.

Enjoy the thrill of American Sports

We all know just how important sports are in America, and especially their national sports like American football and baseball, and sports they excel at like basketball and the famous NBA league. When I visited America for the first time, I went to a baseball game even though I am not a big sports fan.

I went for the cultural experience and for the rituals connected to the games and to learn something new. It is not always easy to get basketball tickets when some important games are in question, but nowadays you can them online well in advance, so that solves the problem.

Although America is spread over a huge territory, culturally it is fairly uniform and you are sure to get a good taste of the American way of life anywhere you go. If nature is your main interest, there are many different things to see, there are deserts, mountains, plains, canyons, national parks, pristine forests, swamps, rivers, lakes and wonderful beaches both on the East and West coasts. If you’re planning a short trip, you might want to think about prolonging it, it will be well worth it.

About the Author: Oscar Waterworth is a writer from Sydney, Australia. A father of two and a working man, he somehow manages to find the time to write up an occasional blog post. In his free time he likes to travel, play futsal and build stuff with his kids. For Oscar’s updates, you can follow him on twitter.

I was surprised to see that most restaurants in To 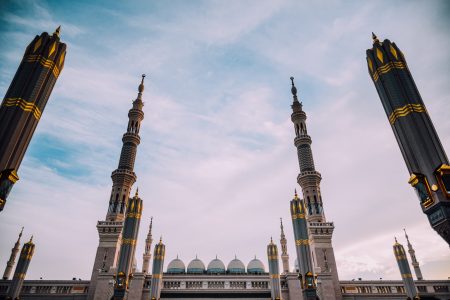 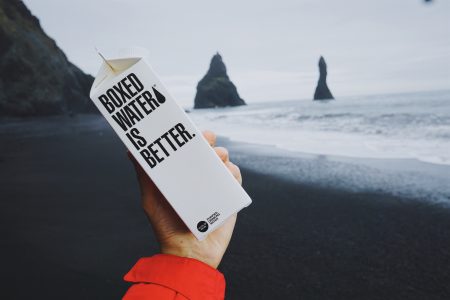 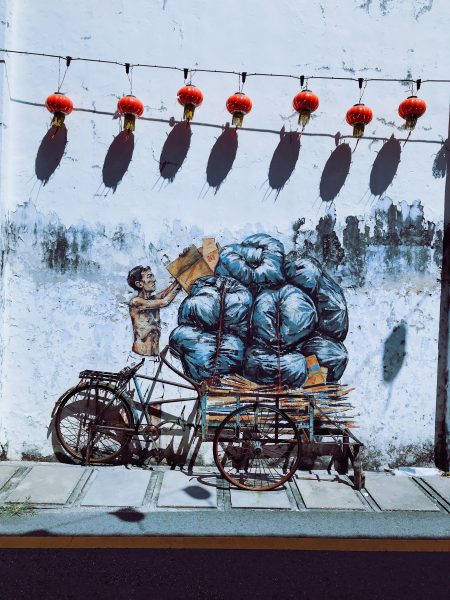 11 things to know about MALAYSIA before you visit

Although situated in the heart of Southeast Asia, Malaysia today is a fusion of colonial memories, vibrant multiculturalism and indigenous ways of life. The things that make Malaysia famous and unique can be surprising as four distinct but thriving cultures live here side-by-side. So if you are thinking of why visit Malaysia, and are in the process of doing your research, here is a list of 11 things that you should know about Malaysia, before you visit.
Read More